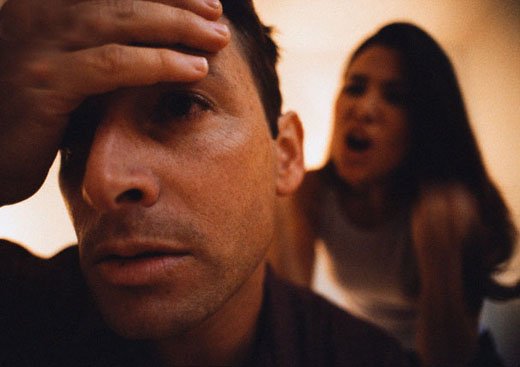 Men Just Want To Be Accepted For Who They Are! Part 1

By Lise Janelle @drlisejanelle · On

I had a very interesting conversation with a male client of mine. We were discussing his challenges with his relationship. He told me that in his men’s circle (peer group), the common idea they have, is that they just want their spouse to accept them for who they are. They don’t want to be told what to do or how to do it; they just want to be accepted for who they are.

I asked him if he loves himself for who he really is? Perhaps his real challenge was his own self image.  Did he truly accept himself, with his strengths and weaknesses?

Did his self-image include his yin/yang, his light and dark sides, his strengths and weaknesses? In his mind, was he instead supposed to be some kind of superhero without flaws, who therefore did not need any feedback on what he is doing? Was he holding a realistic image of himself or some super hero fantasy?

Working together, we saw that he did have the subconscious belief that as a man, he ‘should’ be super powerful and capable so that he could dominate the relationship. Consciously he did not want to dominate but subconsciously and culturally, he was supposed to be the dominant one.  Therefore, whenever his spouse would ask for something that needed to be done or that he had overlooked… it meant that he was being criticized.  It meant that he was not a dominant man, so he felt ‘attacked’ instead of seeing it as normal feedback between equals. Subconsciously, he felt that as a man, if he did not dominate, he would be weak and his spouse would leave him.

I think that as women it is easier to accept that we have both light and dark sides, strength and weaknesses.  Why?  Because it’s culturally accepted; we are not less of a woman if we have ‘weaknesses’. In contrast, in many cultures, you are less of a man if you have or show ‘weaknesses’.

I think that subconsciously as women, we are more comfortable accepting feedback or demands as it does not mean that we are less if we are shown what to do. One exception to this is when it comes to physical beauty or how to raise our children, as that targets what historically has made us ‘real women.’

For women, when we give feedback to our man and he does not follow it, we end up feeling that “he is a weakling or stupid” and that we will need to do “everything by ourselves.” This starts to create tension and challenges in relationships because her tone of voice changes. She sounds irritated when she asks something of her husband because “she knows” he will not do what needs to be done!  That tone then kicks in his desire to stand his ground and avoid being dominated by her, which in his mind makes him less of a man.  And…if he’s not a real man…she will leave him!

I think this is an amazing pattern that many of us get caught in and it creates romantic challenges.

What can we do about this? I’ll share some tips in my next article: Men Just Want to Be Accepted for Who They Are! Part 2.

In the mean time, we welcome your comments.  Tell us if you’ve had similar experiences.

Dr Lise is a uniquely gifted life transformation coach who reconnects people with their highest values and passions. Using cutting edge mind-body techniques, she has helped thousands of individuals take significant steps and quantum leaps toward their vision of success. She is the author of "Conversations with the Heart" and founder of the Centre for Heart Living. Her clients are from all walks of life, including executives, artists, youth, parents, entrepreneurs, Olympians and celebrities alike. Visit her website.