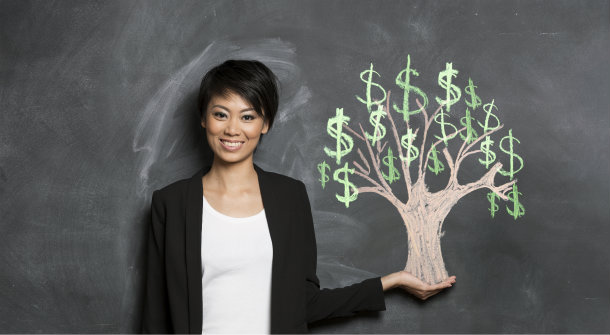 2015 has just begun and perhaps you’ve started working on a fresh set of resolutions. We definitely have: in 2015 we’re aiming to try to think more like women. Sound strange? As wealth managers who believe in the link between behaviour and successful investing we recently stumbled on some interesting information that confirmed our suspicion that women may be inherently better investors than men.

A famous paper by University of California professors found that single female investors outperformed single men by 2.3 percent, female investment groups outperformed their male counterparts by 4.6 percent and women overall outperformed by 1.4 percent. Another study published in 2013 established that hedge funds run by women returned nearly 10% in that year versus 6% for those run by men. And according to a recent Fortune article, fortune 1000 companies with female CEOs earned 33% greater gains than the market over a given time period.

1) Women don’t typically suffer from male overconfidence
Nearly everyone falls prey, at some point, to an overestimation of their knowledge and abilities, but men have the added difficulty of dealing with testosterone. Rising levels of the hormone in men can lead to irrational high risk behaviour which can cause disastrous investment results due to poor decision making like chasing performance, trying to time the markets and making poorly researched bets. These mistakes can cause excessive losses and transaction costs. On the other hand, women are better able to realistically evaluate their abilities and thus make more knowledgeable and prudent investment decisions. Women are also more likely than men to seek out different perspectives from advisers and friends before making investment decisions.

2) Women are more likely to think long-term
The difference between “investing” and “trading” can be understood as a difference between time horizons – the former being linked to the achievement of long term goals and the latter to more short term goals. Therefore, to invest with success, all one would need to do is buy a group of well researched companies or ETFs and hold them through thick and thin. Sound simple? It would be if it wasn’t so difficult for us to ignore the onslaught of information we are faced with daily. In fact, humans have a strong tendency to conform to the behaviour of others and this causes us to overreact when faced with new information. On the other hand, women are more pre-disposed to think long term and thus find it easier to ignore short term information that could lead certain men to forget long term investment goals and make poor short term trading decisions.

3) Women tend to be more patient
Successful investing requires patience but our society has become structured around instant gratification. We set out to achieve a goal and are quick to give up and do something else when things are not going as planned. An example of this would be the tendency to sell an investment at a loss and place the money in another better performing investment only to see it drop in price. Assuming a woman has chosen a quality investment, her patience should allow her to watch her investment become a top performer over time as the real money is generated through compounding returns.
So in the new year, if you are a woman, you may be more prepared to take control of your financial future than you think. If you are a man, you may want to start paying more attention to the women around you. It may make you a better investor but it will definitely make you a better man.

By Matthew Castel and Peter Mantas

Matthew Castel and Peter Mantas are founders of a closely-held investment fund called Logos LP, who believe in demystifying finance and empowering people to take control of their financial futures. Follow them on twitter @Logos_LP