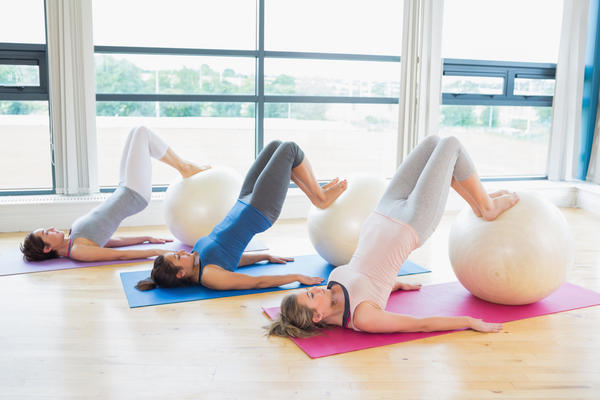 The Importance Of Having Strong Pelvic Floor Muscles

We’ve heard it before “if you don’t use it, you lose it” this statement is often used when referring to the importance of maintaining muscle strength. This becomes even more important when we consider that after the age of 35 females lose approximately 5% of their muscle mass each year. Smaller muscle groups are not exempt to this rule but often they are forgotten. The pelvic floor is a group of muscles that can frequently go unnoticed, but their importance in genitourinary health should not be taken for granted.

The pelvic floor, also called the pelvic diaphragm is made up of 2 muscles; the levator ani and the coccygeus; these muscles along with ligaments and tendons work together to create a hammock like structure that keeps the organs sitting in the pelvis in place. A strong pelvic floor prevents organs such as the uterus, bladder, and large intestine from lowering into the vaginal canal, stops urinary leakage, and increases vaginal muscle strength.

The pelvic floor can become compromised when the muscles, tendons, and ligaments become weakened. This is commonly seen during and post-pregnancy, in obese individuals, with disuse of the muscles, and decreased or complete loss of innervation to these muscles. During pregnancy the pelvic floor has to support a large amount of weight for a long duration this pressure stretches and weakens the muscles. When pelvic floor muscles are not being used regularly, you get disuse atrophy, which is a decrease in muscle tone and muscle size.

A weak pelvic floor can lead to a number of conditions including sexual dissatisfaction, urinary incontinence, and vaginal organ prolapse. The Journal of Sex Medicine found that women with stronger pelvic muscles were more satisfied during sexual intercourse when measuring domains such as orgasmic and arousal levels than women who had weak pelvic floor muscles. A decrease in the tone of pelvic floor muscles leads to a decrease in intimate contact, and a decrease in the ability of the vaginal muscles to contract. Strengthening these muscles not only increase muscle tone but also increases blood flow to the area, which can lead to increased lubrication and nerve excitement further leading to an increase in satisfaction and decrease in discomfort.

Laughing so hard that you “pee your pants” may a sign of how funny a joke is or more seriously it could indicate urinary incontinence. Millions of women experience the involuntary loss of urine a condition that is found twice as often in females than males. The urethra is the tube that allows urine to exit the bladder and eventually the body. It is usually kept closed by a sphincter and the help of the pelvic floor muscles. When you feel the need to urinate the sphincter and pelvic floor relax. When pelvic floor muscles become weak they are in a constant relaxed state, the support they are suppose to provide is decreased or gone and urine is lost involuntarily.

Many times involuntary leakage of urine may only be experienced when abdominal pressure increases and extra pressure is placed on the bladder. When this takes place the pelvic floor cannot withstand the pressure and there is leakage of urine, this is called stress incontinence. Things such as coughing, sneezing, jumping, or exercising can lead to leakage with stress incontinence. Strengthening your pelvic floor muscles can help to actively keep the urethra closed and support the bladder.

4 Ways To Strengthen Your Pelvic Floor

1. Squat
Squatting works by lengthening the pelvic muscles as you bend and shortening them as you rise. They also work to increase gluteal strength, which in turn helps to stabilize the pelvis, which further leads to a strong pelvic floor.

3. Kegels
The kegel was identified as an exercise to strengthen the pelvic floor in 1948, by gynecologist Dr. Arnold Kegel. The first step in performing a proper kegel is identifying the appropriate muscles. The easiest way to identify the target muscles is to attempt to stop urination mid-stream, as stated the pelvic floor muscles help to open and close the urethra so if you can stop your urine flow you’ve identified the correct muscles. Once you identify the pelvic muscles contract them for 5-10 seconds and relax them for 5-10 seconds. Make note of how many kegels you can perform before your pelvic muscles tire and take breaks in between sets.  A general rule is repetitions of 10 throughout the day.

Want to know what to eat for your body type. Click Here