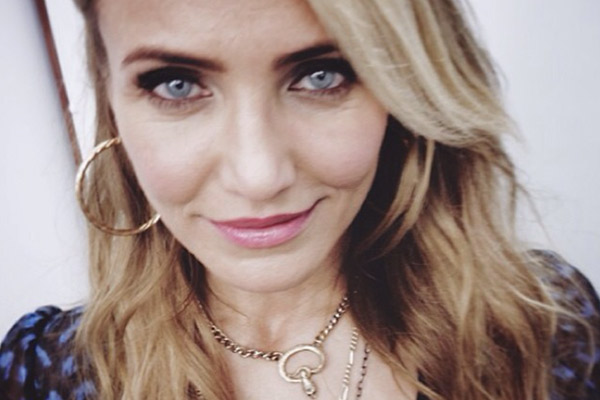 Will Cameron Diaz Join Hollywood Couples That Stand The Test Of Time?

Cameron Diaz opened up to Andy Cohen on his radio show earlier this week to talk about her blossoming relationship with hubby Benji Madden. Diaz is typically private about her relationships, but admits that what she has with Madden works, and that she’s never been happier.

RELATED: Celebrities That Have Taken A Crack At Online Dating

She stated that she doesn’t even think about her past relationships now that she’s happily married, “You know, nothing matters now that I have my husband. Like, I don’t even remember any of that. All of that is like, that’s the thing, that’s how I know he’s my husband . . . No one compares. Everything else just like washes and slips away.” Can we just cue the “awwws” for these two? So adorable.

This interview got us thinking about other Hollywood couples that have made it work. We’re talking about those A-list stars that have stood the test of time when it comes to staying together. They seriously give us couple goals.

Will Smith and Jada Pinkett Smith Will Smith on marriage “We’ve been married 20 years and we’ve been asking ourselves [what’s the secret to marriage] and really at the end of the day it’s just not quitting.” Sarah Jessica Parker on marriage “I love Matthew Broderick. Call me crazy, but I love him. We can only be in the marriage we are. We’re very devoted to our family and our lives. I love our life.” Together since 1983
Children: Wyatt Russell

Goldie Hawn on marriage “Being together, two pillars holding up the house and the roof, and being different, not having to agree on everything, learning how to deal with not agreeing. Everything’s a choice.” Together since 1978
Children: Mamie, Grace, Louisa, and Henry Wolfe Gummer

Meryl Streep on marriage “I feel very lucky and I don’t know what I did right.” Pauletta Washington on marriage “I live with this man. I see the down part. I see the sad part. I see every part. He has and knows he has stability in me as his wife. That’s what gives him strength”. Hugh Jackman on marriage “It gets better and better, I can honestly say that. She’s the greatest thing that ever happened to me.” Married in 1997
Children: Will, Matteo, and Luca Firth

Colin Firth on marriage “It does help to actually realize that however stunning the person who is, you know, fluttering eyelashes at you, she doesn’t do anything to match up to your wife… Maybe it’s shallow of me to have a wife that’s so beautiful but it makes things easier. To me she’s the most beautiful woman in the world.” Tina Turner on marriage “[It’s] a wonderful place to be!” Married in 1992 until his passing in January 2016
Children: Alexandria Zahra Jones

Iman on marriage “My marriage is exactly as fabulous as you all would think. He’s fun, he’s a really very curious man, and so I really learn a lot from him…You would think that a rock star being married to a supermodel would be one of the greatest things in the world. It is.”

RELATED: The Truth Behind The Breakup Between Charlize Theron And Sean Penn

Of course there are so many others that we could mention: Michael J. Fox and Tracy Pollan, Tina Fey and Jeff Richmond, Sting and Trudie Styler, Ben Stiller and Christine Taylor, and of course Hollywood royalty Kirk Douglas and Anne Buydens, but the list would go on and on. Let’s just say, there’s still a lot of romance out there to find, because some things do last! Wishing all the best for Cameron and Benji.