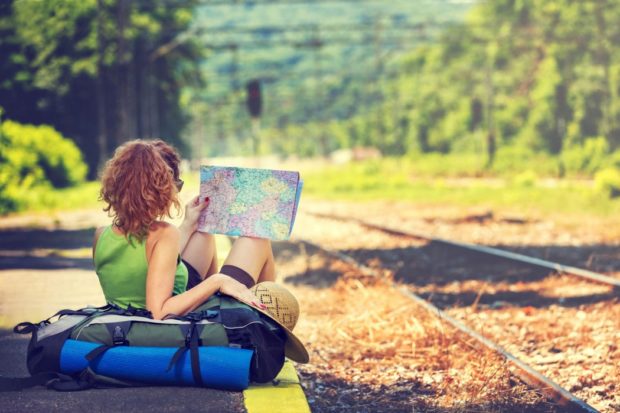 By Heather Ditmars @HeatherMDitmars · On

I’ve said it a hundred times and I’ll say it again: traveling is the best education a girl can get.  Period.

Traveling has taught me more in eight months than I ever learned in my twenty-three years of schooling.  It was truly a crash course experience, for which I dived in head first with little to no preparation.  I thought I was ready to take on the world after leaving my corporate job and packing away everything- including the coveted diploma that never did make it up on the wall.

I’m college educated and professionally experienced, but what did that actually teach me about the world we live in?  How much did all of that prepare me for what I would experience while traveling to fifteen different countries the last eight months?  Truthfully, not nearly enough.  And even more truthfully, I don’t think anything could. The Western World I grew up in prepares you to be a contributor- not a free thinking traveler.  Myself, along with millions of others, were and are encouraged to finish school, get a degree and start working early.  Work hard, save money and settle into a relationship with someone that will marry you “while you’re still of age.”  That’s the plan society feeds us- and I bought into it until a year ago.  I was knee deep into that plan until I realized I wanted more.

I wanted what I could only learn from breaking the mold I had created to fit into society.  I wanted a world education and a global perspective.  I wanted to understand our planet in all of its massiveness and its diverse people.  Something told me that through doing this I would be learning more about myself, too- and what an understatement that was.

So many things I never could have known about the world, and myself, all unraveled as I kept traveling. To go out into the world and experience other cultures and foreign places, you need courage and open mindedness – something that is hard to teach and even more difficult to learn.  You need patience and self-awareness.

You may think you know yourself…until you’re on a 36-hour journey through 3 countries with 4 flights, 2 trains and buses…just wait.  You learn just how adaptable you are- or aren’t.  Your inner dialogue displaying how you really feel about different cultures and uncomfortable situations.  That’s when things get interesting.

Being that there is no other way to survive while traveling other than to grow and adapt, you are quickly forced into a crash course.  Adapt or go home.  It’s that simple.

Luckily, I caught onto this quickly.  I learned how to move around and how to interact with all different kinds of people.  I learned how to find peace in the unknown.  I accepted that the more I thought I knew, the less I actually did.  I learned to laugh instead of cry.  And getting lost (something that I used to loath) became my favorite hobby.

Traveling forced me to grow thicker skin and to trust myself.  The voice of my instincts became louder and louder, eventually making such internal noise I was unable to ignore them.  I am now ruled by what I call my “internal compass,” and no longer by the expectations of the society around me. I learned to appreciate the world and its diversity.  Each culture so different from the next, giving me new insight into a place I used to only dream of or see in the movies.

Life became less about doing and more about being.  Each day a new experience or adventure.

Forever changed and forever grateful- I am now a big believer that everyone should travel solo at least once in their life.  It’s going to teach you more than any Bachelors degree or certification, and (BONUS) it’s a lot cheaper.

Travel solo because you owe it yourself and the people you love.  To go away and learn about life, and about yourself, is priceless and makes you a better version of yourself.  Traveling will teach you how to be in a healthy relationship with yourself so that you can be in one with a partner later.  And that is NOT something you will ever learn in school.

Heather Ditmars is a former corporate sales executive from California who has opted for a life away from “normal" and took to the road, leaving everything and everyone behind. She has traveled to over 32 countries and plans to check every country off the list in her lifetime. Her passion lies in inspiring others to break out of their normal routines and to push themselves out of their comfort zones. She shares her personal journey on her website shegoesglobal.net and is a contributor for other publications. Heather is a thrill seeker, a writer, an influencer and a savvy business woman. Follow her journey and tune in for the latest advice and real-life accounts from a solo woman on the road.