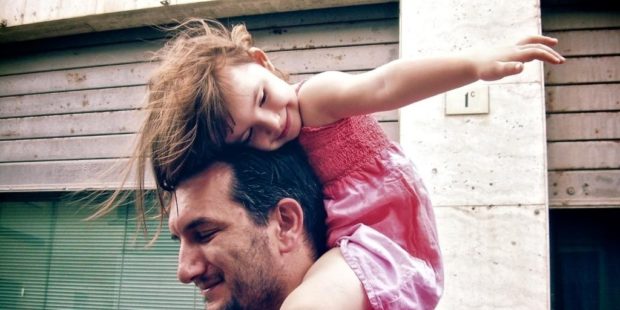 What To Expect When Dating A Single Dad

By Rebecca Cooper Traynor @matchmecanada · On

Dating is a wild frontier, and being a single dad in this world comes with its fair share of challenges – but along with those challenges come some incredible rewards that you might not have considered. If you have ever dated or considered dating a single dad, you may have had certain ideas about how it was going to be, and made the unfair assumption that a., he would have no time for you, b., that you would always be second best, or that c., you would have to deal with a crazy ex-wife who doesn’t want you around their child. While for some single dads, these statements might be true, these are largely the ones who are not ready to date or should not be actively seeking a relationship. Never Rule Single Dads Out Of Your Relationship Search!

Single dads have a good deal to offer that a childless man might not. Consider the fact that you will likely never meet a man who is more compassionate, considerate and caring than one who is raising a child (or children) on his own. He is responsible, he has priorities, and he won’t be convinced that the world revolves around him.

He’s probably a great listener. He’s sensitive, and not afraid to show it, and is likely quite affectionate, strong, and very protective. Plus, he is going to want to take it slow. After all, there is another person in the equation, and there is nothing more important than determining if it’s a good fit for everybody involved. Finding Your Place In An Already Established Dynamic

As for your perspective, finding your place within an existing parental relationship can be fraught with insecurities and big unknowns. You might be thinking “what if (the child) doesn’t like me? What if they are a nightmare?” or “what happens when I have to deal with the ex?”

These are all valid concerns, but it just takes a simple readjustment of your thoughts. For instance: are you somebody who wants a family and children of your own? consider that this is a way for you to have a positive influence on a child who is not your own – I hesitate to say it’s “practice” because it’s real life – but don’t discount your ability to make a lasting impression. Many step-parents go on to be major role models in a child’s life and fulfill a function that their parents just can’t for one reason or another. It’s a unique place to be and loaded with possibilities.

As for dealing with the ex, this largely depends on the relationship that she already has with the child’s father. If it’s simpatico, she will probably be thrilled that you are in the picture: a stable, positive role model for her child (and his/her father) is not something that just comes along every day. Just keep in mind that you are not the parent, and absolve yourself from the decision-making process. What You Can Expect When Dating A Single Dad

So now that we’ve considered some of the issues, let’s talk about what a single dad looks for in a mate. Ultimately, if you have met the child, you know he’s serious. Bringing another individual into a child’s life is a complicated matter, and don’t think he hasn’t put a great deal of thought into it. You should consider yourself very special!

RELATED: Being A Step Parent Can Enhance Your Life

If he’s a full-time dad, he’s probably looking for some understanding, compassion, and stability on your part. He doesn’t want to feel like he needs to look after you or worry about you, and he would love to think that you are a person he can introduce to his friends and family. Be a support system, because he will need to lean on you every once in a while. Be affectionate, because he is going to need some grown-up time. Make him feel wanted, desired, and tell him he’s a good father – he really needs to hear that, especially if he doesn’t hear it from his ex.

He’s not going to want to jump in with both feet right away. He’s likely pretty busy with work and being a dad, so he’s not going to be the guy who’s calling or texting you a hundred times a day, wondering what you’re up to – but just because you’re not doing the 24/7 thing, don’t think that you don’t rate. Because if there’s one thing we know for sure about dating single dads, they mostly play for keeps.

Rebecca has fallen in love with helping people find happiness. Not only is she one of Toronto’s top matchmakers, she is truly passionate about what she does, and has successfully supported many singles through the process of finding their perfect mate. Her company, Match Me Canada, offers personalized matchmaking services, augmented by professional life coaching, image consultation and date mentoring to support her clients on their quest. She is endorsed by and affiliated with several of her top competitors in order to ensure her clients are connecting with singles of the highest caliber. Rebecca has hosted her own television segment called Spread The Love, and has been interviewed by CTV, Global News, CHEX TV, Canadian Living Magazine, and many other radio shows and news publications. She is currently living her own ideal, happily married to the love of her life, winemaker Mike Traynor, and raising their daughter Audrey. Together, they own and operate Traynor Family Vineyards in Prince Edward County, which is where you will find her when she isn’t busy making love happen for the rest of the world.www.matchmecanada.ca