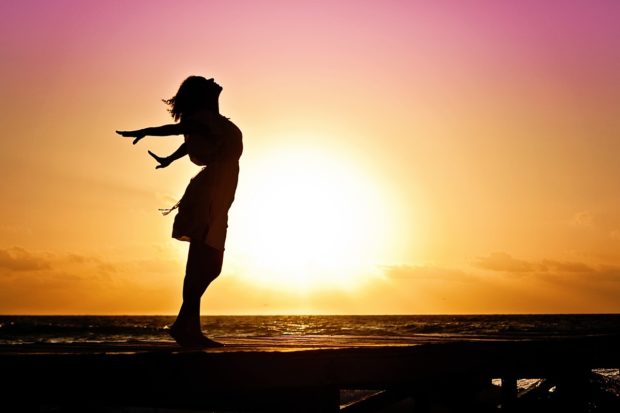 Sex and Your Soul

When I first met Charli, seduction was her superpower. As a smart, sexy, charismatic woman, she magnetized others with her attractive appearance and feminine energy. But Charli came to me looking for comfort and answers. She was using sex to fill a void within her. She felt an underlying spiritual and visceral hunger that could never be satisfied. Like Charli, you might not be nurturing the relationship between sex and your soul, either.

While Charli’s sexual encounters resulted in a short term high, it ultimately left her feeling even more aware of the distance between herself and the people she was trying to connect with. Using sex as a substitute for what she really needed – self-love, acceptance, and emotional intimacy – sometimes left her feeling angry at herself, and angry at those who could not fulfill her. She felt frustrated and hopeless.

When we misguidedly use sex as a substitute for love, nurture, power, or emotional expression, sex is no longer a higher-level means of connection between our deeper selves and a cherished partner. It becomes commodified – a good or a service exchanged and transacted. The participants are avoiding actual intimacy and masking needs that should be addressed openly and explicitly. In this context, sex becomes an almost fraudulent act associated with obligation, security, or a means of power.

It’s my belief that if you’re a human being, you’re on a spiritual journey. With each new client, I ask, “Who are you? And what do you want? What are you looking for?”

Maybe you’re searching for a sense of personal power – an internal locus of control. It might be that there are inner thoughts, feelings, wants, and needs that you’re unable to express effectively. It might be that you’ve tried but been thwarted. Or you’ve tried but haven’t been able to accept the outcome. Sometimes we cannot have what we want. That’s painful and frustrating.

It’s also my belief that most of us are basically good, loving people who are worthy of love. It continues to surprise me how very many people don’t even believe that about themselves. Charli – like many other people – was working on some false narratives. These are erroneous assumptions and beliefs.

As a reforming people-pleaser, she felt guilty for saying “no” to a request. . . and then later second-guessed herself and wondered if she’d made a mistake. Her “guilt” wasn’t so much an indication that she’d made an error in judgment but that she was unfamiliar with the feeling of setting a boundary, of developing her voice, of dissolving her codependency and compulsive need for others’ approval. Setting limits felt foreign to her.

We unwrapped the protective layers around her pent-up anger. Underneath was a deep-seated fear . . . fear of loss of love, fear of abandonment simply for being a whole but flawed human. Replacing that anger with self-compassion and self-respect was curative.

While the steps of progress are sometimes inconsistent and anything but linear – even for someone as highly motivated as Charli – she is in a space where there is something she wants more than being on a spin-cycle of “seduce-sex-disconnect-repeat.”

That something is sort of a marriage to herself, a commitment to be the protector of her own soul, a calling to remain in the light and to be a source light, to be a beacon of love and personal power.

Suzanna is the head dating coach and matchmaker at The Date Maven. She believes that “love favors the brave” and strives to elevate the dating experience for her clients. She is dedicated to helping people amplify their vibration and their visibility in order to better attract, give, and receive love. She works one-on-one and in small group settings using a blend of marketing/branding strategies and tools for personal growth and self-improvement. Suzanna is also a keynote speaker, wedding officiant, image consultant, communications coach, and micro-influencer/brand ambassador. Suzanna has been invited to speak at conferences across and has been featured on radio, TV, and podcast shows across the U.S., Canada, and Europe. She has contributed to digital and print articles for a variety of publications. Her first book is entitled Revising Mrs. Robinson (available on Amazon) in which she explores personal and cultural responses to romantic relationships between older women and younger men. For additional information, visit thedatemaven.com or contact [email protected] Phone (media only): 424-273-5478