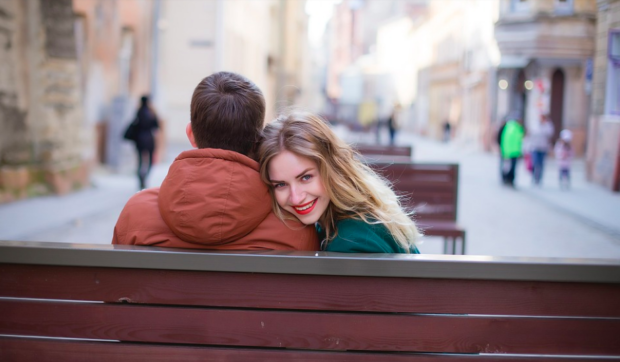 He’s Just Not That Into You: How To Identify Mr Wrong

By Julia Gallo · On

It’s old news that love sucks. And it’s just a girl’s luck that “the one” turned out to be yet another Mr. Wrong.

So, you held out for the perfect guy for you, the one you thought was all that and a bag of chips, and it can’t be the reason that you patiently waited that is now why you’re second guessing your tactics. You turned down every Tom, Dick and Harry that came your way because let’s face it you’re Super Girl and can’t just pick the first guy that comes your way! You’re meticulous. You go over every hair on your eligible bachelor’s head before making a decision to date or not to date in the quest to find Mr. Perfecto! No one could ever accuse you of not investing time and thought into your love life.

The only problem is that all the work didn’t pay off this time. Why? Because Mr. Perfecto dissed you hard and decided to walk away before you ever had the chance to pick out pillows for your king sized bed! You once thought this guy would cure your chronic singleness, but instead he took off which has you feeling pretty blue. Let’s get it straight, you’re an independent woman and have no trouble getting it all on your own – you don’t need a man to support you or to make you feel whole. However, let’s face it, the company’s nice and so was the intimacy. He’s got you down in the dumps with a knocked ego while all of your insecurities rise to the surface for their own personal party.

As you ruminate over the situation, you begin to ask yourself this question: “How dare he make you feel this way. Does he know who you are?” You decide he’s going to regret his decision eventually, but for now you’re on the rebound,  bottle of wine and six-inch heels in hand. You’re ready for a hard night out on the town, and, at this point, you would settle for any Tom, Dick or Harry you’ve previously turned down.

Everyone’s entitled to a time of self-pity. But once you’ve had yours, let’s get real for a minute – why did he break up with you in the first place? You’re practically perfect –  you were friends with all of his friends, supported his dreams, laughed at his jokes, wore sexy lingerie even on weekdays, listened to his favourite music, kept things fresh in the bedroom, and of course, loved him to the fullest extent of your heart.  It’s easy to decide he sucks for leaving so suddenly, but maybe there’s more to the story than that…

Let’s get one thing straight before I hit you with the truth: you rock and any time spent with you is a good time. However, maybe, just maybe you were more into him than he was into you? It’s possible he strung you along because you’re hot and a good time, even though he was never in it for the long haul! It can be hard to spot them, but there are always signs that show you he’s just not that into you. You just want to identify them before he breaks your hear! He’s indecisive. He can’t make a decision to save his life, and every time you try to make plans with him he can never give you a straight answer. It’s always “Sorry babe, I’m working. ” You do go out and do things, but he’s reluctant to book a date too far in advance. And why is this? Well, you’re his backup plan. You’re the girl he goes to when his other plans fall through. He contacts you Ii his friends are busy or the other girls he’s entertaining can’t kick it. You haven’t gotten a commitment out of him, and based on the next few reasons he isn’t into you, you probably never will.

You’re always the one to contact him. You go out of your way to make extravagant plans to entertain the dude so he’ll spend more time with you. You also want to showcase just how exciting, interesting and fun-loving you are. You’re trying to impress him with your friends, job, and outings, but it just isn’t working. He’s never around and when he is, it’s obvious you aren’t his first choice. You don’t have his undivided attention when you’re together; he checks his phone too much, and he only ever talks about himself. Oh, and you always have sex after your infrequent dates. That fact prompts you to think, “Does he just want sex?” aren’t we over this?  I am searching for something more meaningful. Don’t we both want more?

Let’s face it, you have a lot on the go between your job, your friends, and your passions. You’re a regular firecracker! You have a lot to talk about but can never share all your passions with your Mr. Perfecto because he’s too busy talking about himself. Everything in his life is perfect according to him – his friends, job, passions but the only problem is you aren’t in his life half as much as you’d like to be so how can his life be so perfect without you? Yours isn’t perfect without him. You’d love for him to get involved, be your date at a networking event, or just listen to your work woes from time to time. But he’d rather talk about himself over drinks while you fade into the background. I’m sorry, but nobody puts baby in a corner and this girl was meant to shine!

Sign #4 You Spend More Time With His Friends Than Yours

You hardly see each other, but when you do, you just hang out with his friends instead of yours. Your alone time is few and far between. And sometimes you have to play the trophy he shows off at parties instead of being a real person. You’d like him to invest as much time in you as he does with his friends or at least spend some of your time together with your own friends as much as you do with his. Things are uneven and you want to level out the playing field; however, you probably never will, because he just isn’t that into you. You’re his “right now baby,” not his forever.

Okay so now that I’ve clued you in to all of the reasons as to why your relationship just didn’t work out, you owe it to yourself to admit he’s not coming back, and you shouldn’t want him, too. We can avoid disaster if we pay attention to the above signals before we invest too much time and heart into a man who isn’t serious. You deserve the best. Don’t waste time on Mr. Wrong if you’re really looking for Mr. Right. RELATED: Up Close and Personal With Bachelor Nation Stars

Julia Marie Gallo is a young adult interested in the areas of love, kindness and overall positivity. She has a knack for understanding those topics we usually falter with - what he or she really means? She can read between the lines and you can read along with her. She aspires to only be the thing this world needs - a woman with classic flare. Julia’s an Executive Assistant to an Independent Ad Agent. @juliamariegallo - Instagram