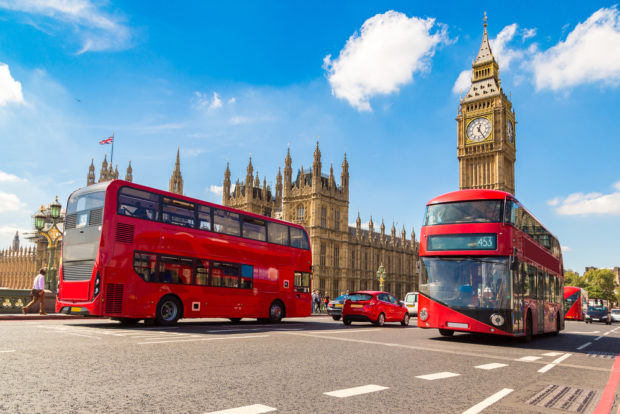 When Dreams Come True: One Woman Reflects On Moving To Her Dream City

Recently, I became yet another American living in London, one of my favorite (excuse me…favourite) places in the world. I lived here 10 years ago while studying for my Master’s degree and never wanted to leave. But with the economy the way it was in 2009, I found myself back in the States for the beginning of my professional career and I could never have predicted the path it would take. I was asked to write about what it’s like to relocate and uproot your life. This article takes a bit of a different tack. Now that my dream of moving back to London has come true at the age of 34, I think I can share some insight about what I’ve learned about dreams along the way. Then I’ll write a bit about the thrill of starting over in a new place. 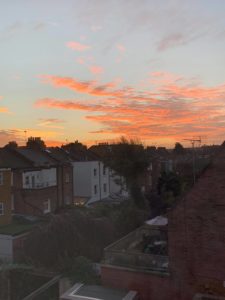 The view from Carolyn’s London Apartment

For many years, the end goal was always to move back to London. In Chicago, where I found my first job in tech and thrived, I kept working hard and pushing myself in the hope that someday my company would need to open a European office and I could move there. But after four years, I no longer felt challenged by the job or the city and I knew it was time to start over somewhere else. I’ve always been one who is open to exploring new opportunities in different places and I love an adventure. So, four years ago, I picked up my belongings, packed them into my Honda Insight, and drove across the country to Los Angeles, which was an exciting and completely rewarding experience and led me to this incredible life I’m living right now. Dreams are powerful things, but they can shift and lengthen and that’s OK. Try not to let your dream become your blind spot. Learning that the runway is longer than you initially thought is just part of navigating the unknown. Stay true to the course, as long as it’s meaningful to you. (Incidentally, the Chicago company just opened their first European office in Dublin about 2 months before I moved to London. So, if I had stayed with them, I would have had to settle for something that wasn’t quite what I wanted. Listen to your gut!)

RELATED: Check Out Eligible Magazine’s Hilarious Dating Podcast, You Do You.

Once in Los Angeles, I found a wonderful job with a fun and ambitious little tech company that I have helped grow into a powerful industry changer. I’m sure you’ve never heard of it, but we’re out there! During the last four years, I’ve had the privilege of returning to Europe for holidays and work and each time I felt that the hold my dream had on me was diminishing little by little because I was very happy and fulfilled in Los Angeles. I was getting older and interested in making a home for myself, investing in nicer, more long-term things, so I wanted to stay in one place. I wondered at this dream status change but also just let it happen naturally. Again, it’s OK for things to change. It’s natural. The dream to move back to Europe compelled me to work really hard early on and establish a career that I love so I don’t regret devoting energy to that dream. When my boss asked if I’d like to move to London a few months ago, I did have a moment’s pause where I wasn’t quite sure. I actually love Los Angeles and felt like I was just getting started there. But then I realized that I was being offered a ticket to everything I had been working toward for eight years and knew I owed it to myself to say yes. I know some people hate the expression that “everything happens for a reason”. I tend to live by it as it helps me feel more Zen when things seem out of control. I would also add that everything happens at the right time, when you’re ready for it. I had to release the hold on my dream just a bit in order for it to work itself into my life. You’ve got to live and thrive in order to create the opportunities that will lead to achieving your dream. 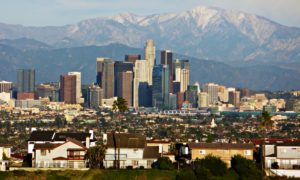 This leads me to the actual move. One thing I was really nervous about was thinking of the idea that “You can’t go home again.” I sincerely hoped that wasn’t true. When I lived in London before, I was a poor grad student living off of student loans (which I’m still paying back, by the way), but happy as a clam. I loved pretty much every moment living in such a dynamic cosmopolitan city. I expected that living anew in London would be different, but I hoped that I would still find it as exciting and charming as before. I’m happy to report that I do. This city is still immense, beautiful, and challenging. The experience is different because I’m different: I’m older, more established in my career, and less likely to go to G-A-Y at midnight to try and see a Lady Gaga performance. Thanks to Facebook and persistence, I was able to keep many of the friends that I made in London the last time around, and that has certainly eased the transition. We’ve pretty much picked up where we left off. For anyone else returning to a place after a long time away, I hope the experience is just as positive as this has been. Someday, if I ever go back to Los Angeles or Chicago, I hope to have the same level of excitement and curiosity to re-discover “home” as I do for London. Just try and see the same old place with new eyes.

Finally, this move has definitely taught me that it is totally liberating and fun to start fresh. And I’m not talking about changing your personality or your outlook this time. No, I’m talking about some Marie Kondo-ish. Obviously, making a long distance move like this forces you to think about what you want to keep in your life and what you’re willing to part with. So much of what I owned was left over from university or grad school and was a general mish mash of sentimental things. I’m not saying I threw all of that away. But what I am saying is that I had to consider what really brought me joy and what made me feel nothing. I was able to let go of so much junk and dead weight thanks to this move. It’s been a real thrill to treat this move as if I was creating a bridal registry (thanks to a generous relocation package). I might not ever get married, but moving to London has allowed me to pick up a Roomba and a turntable, which I could never have fathomed before. Yes, uprooting your life can be intimidating and scary, but what an opportunity to start over and create your own space! 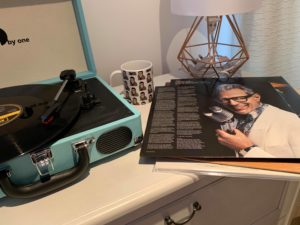 All in all, saying yes to the opportunity to uproot your life and relocate is easy. What comes before and after that moment can be challenging, frustrating, scary, and take time. If your dream is to move to a different place, be it one you’ve never been or one you dream of returning to, stay true to that dream as long as it inspires you. It may grow brighter or dimmer depending on your current situation, but if it’s meaningful, honor it in what you do and how you live. Give it room to manifest itself in your life so that you’ll be ready for it. And should you decide to make a move, whether it’s cross-country, back to your hometown, or across the world, treat each moment as a fresh start and don’t forget to be curious. Clear out the clutter, be vulnerable, be grateful. Wherever you are is where you’re meant to be!

RELATED: A Beginner’s Guide To Meditation.

Carolyn works for a tech company in London.