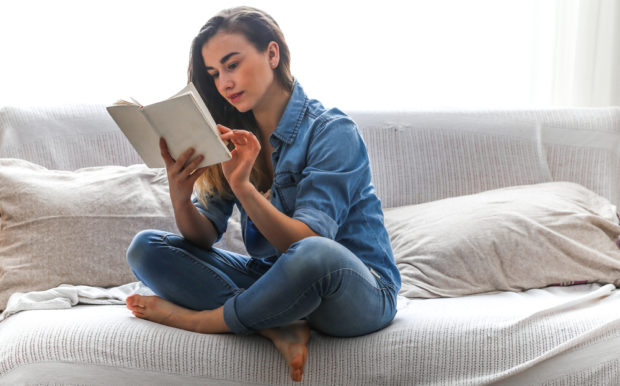 By Eligible Magazine @eligiblezine · On February 4, 2019

The Testaments by Margaret Atwood

I Owe You One by Sophie Kinsella

This novel is a story about two complete strangers, Fixie and Sebastian who meet in a coffee shop and do a series of favours for each other: big, small, life-saving, and life-changing. The author behind the Confessions of a Shopaholic series is known for her witty, clever, and lighthearted novels that are perfect for a lazy afternoon read. The book will be released on February 5.

The Lost Night by Andrea Bartz

This novel follows Edie who is living the ideal New York City life, with lots of friends and social events until her body is found near a suicide note at the end of a long, drunken night and everyone who knows her is in utter shock and devastation. A decade later, her best friend Lindsay discovers an unsettling video from that hazy night and starts to wonder if Edie was actually murdered and if she was involved in the process. The book will be released on February 26.

Vacuum in the Dark by Jen Beagin

This novel follows Mona, a twenty-six-year-old girl who cleans houses for a living in Taos, New Mexico. The novel chronicles her experiences with her whacky roster of clients and is hilarious, heartwarming, and unforgettable. It also deals with some of the most universal issues in America today, including racism, classism, and capitalism. The book will be released on February 26.

A Woman is no Man by Etaf Rum

This novel focuses on three generations of Palestinian-American women living in Brooklyn who are torn between individual desire and the strict customs of Arab culture. This is a heart-wrenching story of love, intrigue, courage, and betrayal that will resonate with women from all backgrounds, giving voice to the silenced and agency to the oppressed. The book will be released on March 5.

Era of Ignition: Coming of Age in a Time of Rage and Revolution by Amber Tamblyn

Actor, filmmaker, and activist Amber Tamblyn is one of the most unapologetically outspoken voices of the #MeToo movement and her book of essays dives deep into serious topics, such as reproductive rights, sexual assault, trauma and the veiled complexities of consent, and white feminism and pay parity. The memoir is an inspiring feminist manifesto that is a required reading for anyone attempting to understand the world that we live in and help change it for the better. The book will be released on March 5.

Sissy: A Coming of Gender Story by Jacob Tobia

This memoir is a heart-wrenching, eye-opening, and giggle-inducing tale about what it’s like to grow up not sure if you’re a (a) boy, (b) girl, (c) something in between, or (d) all of the above. It’s clear that the world could use better conversations around gender identity and Jacob’s memoir about finding their identity as a genderqueer person is an excellent learning resource. The book will be released on March 5.

This novel is set in a horrifying near-future United States, where seventeen-year-old Layla Amin and her parents are forced into an internment camp for Muslim American citizens. With the help of newly made friends also trapped within the internment camp, she leads a revolution against the interment camp’s Director and his guards. The book is emotional and will keep you on the edge of your seat as it challenges readers to fight complicit silence that exists in our society today. The book will be released on March 19.

The Ash Family by Molly Dektar

The novel focuses on nineteen-year-old Berie who encounters a seductive and mysterious man at a bus station near her home in North Carolina. She is shut off from the people around her and finds herself compelled by his promise of a new life. She joins an off-the-grid community headed by an enigmatic leader and quickly discovers that belonging comes with a deadly cost. The book will be released on April 9.

With the Fire on High by Elizabeth Acevedo

The novel follows Emoni Santiago, who is an undergraduate college student who takes care of her daughter and grandmother. She finds that the one place where she can let all that go is the kitchen, where she adds a little magic to everything she cooks. Even though she dreams of working as a chef after she graduates, Emoni knows that it’s not worth her time to pursue the impossible. However, over time she learns that she must let her talent break free. The book is ambitious and inspiring, proving that nothing is impossible if you set your heart to it. The book will be released on May 7.