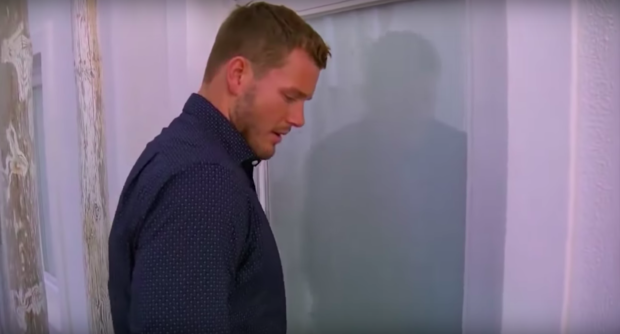 The Bachelor Recap: What If Cassie’s Just Not That Into You?

Sometimes, the job of a reality TV recapping professional is challenging. When The Bachelor decides to create a two-part, FOUR HOUR season finale, it is one of those times. We are currently halfway through this multi-day finale, and it’s already taken a huge emotional toll on me. I started out feeling heartbroken for Colton, then ended the night feeling exasperated by him. Here’s an explanation of why, at this point, I can’t even with Colton…

The episode picked up where last week’s ended. Colton had jumped a Portuguese fence and was fleeing through the European countryside. It was like that scene in The Truman Show when Jim Carey escapes the soundstage. Obviously, the producers chased Colton. At one point, Chris Harrison declared that, if they didn’t find Underwood within the next hour, he planned to call the police. To which I say, what the hell was he planning to tell them? That a grown man they’d basically imprisoned at a hotel felt so unsafe he escaped by jumping over a security fence? Methinks the police would have been on Colton’s side. After the producers paid to fly in Cassie’s dad to undermine their relationship, I get why Colton doesn’t trust ABC anymore. Why would he? They do not have his best – or even second best – interests at heart.

Eventually, the team found Colton by the side of a road. Naturally, they jumped out of their van and stalked him with cameras. It was an interesting choice, because the footage was not flattering to the producers, who came off like sociopaths. Even when Colton told them to “go away,” they kept their lenses pointed directly at him. I guess consent isn’t a core value for ABC.

After much panting, Chris Harrison managed to catch up with Colton, and lured him back into the production van. A deflated Colton just gave up and allowed himself to be recaptured. It was a disturbing scene. At this point, The Bachelor’s producers have morphed into the creepy predators your mom WARNED you would try to lure you into vans as a kid. I was terrified on Colton’s behalf. For a moment, I wanted to reach inside my TV and save him.

The next morning, Chris Harrison showed up at Colton’s room for peace talks. Colton explained he was in love with Cassie,who left because he was unable to commit to her as long as Hannah and Tayshia were around. Chris Harrison won’t be winning awards for his sensitivity any time soon, because his response was this: “What if Cassie’s just not that into you?” Yes, we were ALL thinking it, Chris. But when someone is so emotionally fragile they jumped a damn fence not 24 hours before, maybe you should keep your harsher comments to yourself? For his part, Colton seemed unfazed. He was convinced Cassie would love him back, if only he could commit to her fully. I believe this is what my therapist refers to as “denial.”

As part of his quest to win Cassie, Colton proceeded to breakup with the other remaining contestants. First, he showed up at Tayshia’s door. Colton explained he was “falling in love” with Tayshia, but that he’d already FALLEN in love with Cassie. For him, “in love” trumps “falling in love,” even when the person you’re “in love with” doesn’t want you. Tayshia was obviously upset, as she had every right to be. Being broken up with is rarely a walk in the proverbial park. However, Colton was the one who decided to break down. By the end of their breakup discussion, Tayshia was comforting Colton about breaking up with his OTHER girlfriend. I have to say, their whole exchange said so much about gender roles. Women are raised to be accommodating, to put others’ emotional needs before our own, and men are socialized to feel entitled to women’s emotional labour – even when it’s a woman they just dumped. That’s why Tayshia ended up soothing Colton while he was in the process of hurting her.

When Chris Harrison asked Tayshia about her bizarre breakup back in the studio, she was gracious. Tayshia calmly discussed why she had to be the one to comfort Colton, and not the other way around: “I had to be there for him,” Tayshia explained. Yes, because Colton could not check himself long enough to realize he had no right to his ex’s emotional labour. When you dump a woman, she is in no way obligated to act as the custodian of your feelings, cleaning up your emotional messes even though she herself is suffering. Except, we women are socialized to see our own needs as secondary. That’s why every straight woman I know has a story similar to this one. We’ve all ended up comforting a dude who’d just broken up with us. So, while I felt bad for Tayshia, it’s not surprising she sacrificed herself to nurture her weepy ex. Having said, that I hope karma does right by her. ABC, please make Tayshia The Bachelorette! Hannah B. is too young and she hates to travel! You KNOW Tayshia is the better choice!

Next, it was Hannah G’s turn to get rejected. This breakup was even harder to watch, because Hannah was obviously blindsided. And I get why! Not only did she and Colton have a strong connection all season long (Remember the heavy petting they did in the shower?), Hannah had yet to enjoy her Fantasy Suite date. Colton dumped Hannah without giving her the opportunity to have meaningful alone time with him.

To make matters worse, Colton taunted Hannah with comments like, “I thought it would be you” and “You feel like home.” At one point, Colton said, “You bring out the best in me.” Hannah immediately shot back, “I bring out the best in everyone, and then they leave me.” Soon after, Colton pulled Hannah into his arms for a cuddle, which looked more for him than it was for her. Once again, he used another woman for comfort. Colton seems incapable of prioritizing anyone’s emotional needs over his own, even for a second – even when he’s  the one breaking someone’s heart! This time, I wanted to reach into my TV screen to scold Colton, not to save him.

Obviously, the episode ended on a cliff-hanger. Colton went to Cassie’s hotel  to proclaim his love; however, the editing suggests she was already airport-bound. Are we in store for a classic Romantic Comedy-style chase scene? My guess is yes.

Stay tuned! Because like The Bachelor’s finale, this week’s recap is to be continued…

RELATED: Why Caelynn Miller-Keyes Should Be The Next Bachelorette