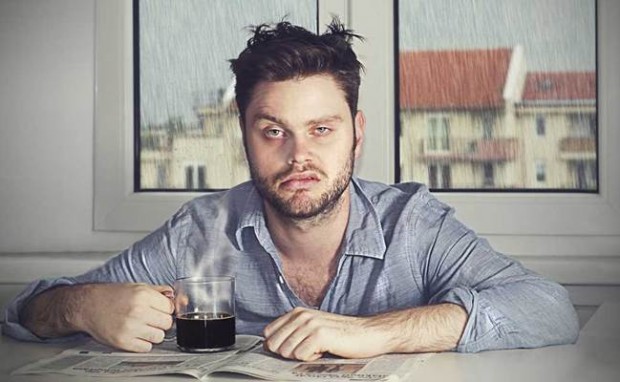 The Perfect Time To Meet Someone Is When You Look Gross

Recently a potential connection between two acquaintances struck me, so I put the matchmaking
wheels in motion. After gaining their consent and having several scheduling conversations, I realized that the perfect introduction was on the table; a charity fitness “Boot Camp” that started at 10am on a Saturday.

Why was it perfect?

Because by the end of the event, they would both look terrible.

Most people have been trained to look “their best” on first encounters, especially when it comes to romantic candidates. Following from that, when unexpected encounters arise with people of interest, under certain circumstances there is a tendency to feel apprehensive and self-conscious, fearing a poor first impression because they “look gross”.

Maybe they’ve just exercised, maybe they’re in the middle of a gruelling work-week, maybe they’re hungover, or maybe after thirty-plus years of carefully juggling assholes, alcohol and anxiety, “Gross”, though subjective, has become par for the course.

This uneasy mentality – this fear of underwhelming first appearances – is not dissimilar to what we see manifesting itself in the aesthetic previews of online dating profiles.

I have used Tinder a few times and from its use, I have snagged several dates. While one or two of them were quite enjoyable – one even translating into a significant relationship – the majority of my experiences have been painfully disappointing for one consistent reason: the people I met were not the people I swiped.

Tinder, and most of the honest dating planet, is based upon the premise that romantic pursuit is usually prompted, or at least invigorated by an impression of physical attractiveness. If people experience an unpredictable or downward-trending disconnect between initial and ongoing impressions of physical attractiveness, they can be easily distracted by confusion, disappointment and resentment. This can then drive them to more eagerly pursue something that feels more authentic.

In other words, if you make people think you look like Chris Pratt, and they find out you look like Kris Kringle, things are probably not going to go well.

Especially when you consider widely-recognized behavioral economics like Prospect Theory which has earned its credibility from the strength of one simple recognition: when it comes to the average person, losses hurt more than gains feel good.

Despite the temporary high you get from artificially inflating your alternatives, and despite what
conventional conduct might pressure you into thinking, one of the worst things you can do at the outset of a relationship is make someone feel like the victim of a good ol’ fashioned bait-and-switch.

So by looking relatively “gross”, you may generate fewer initial attractions, but the ones you do generate will be far more genuine and have far more potential. They will also be the ones that are quicker to sideline physical scrutiny and get on to the meatier stuff like compatibility between personalities, priorities and lifestyles.

I’m not saying that guys should flaunt mustard stains and girls should grow out moustaches for first dates; I’m just saying that we shouldn’t shy away so much from early encounters in which we think we don’t look our best. In fact, if only for the sake of practicality, more of us should embrace those very circumstances.

There’s an ignorant, painfully adolescent quote out there that goes something like, “If you can’t handle me at my worst, you don’t deserve me at my best.” But with only a few minor tweaks, we can recycle that waste in a fairly handy reminder:

Benjamin Mann is a dating expert and humorist from Toronto. He is the author of the blogs, This Is Your Brain on Dating and Love Gone Cray. He is “the ex” dating columnist for The Toronto Standard, has been featured on Huffington Post Live and can be found in numerous publications including Notable.ca, Offline Magazine, Gasm.org and launching this June, Oregon-based Level Magazine. Ben is hoping to change the way everyone thinks about relationships…especially you.