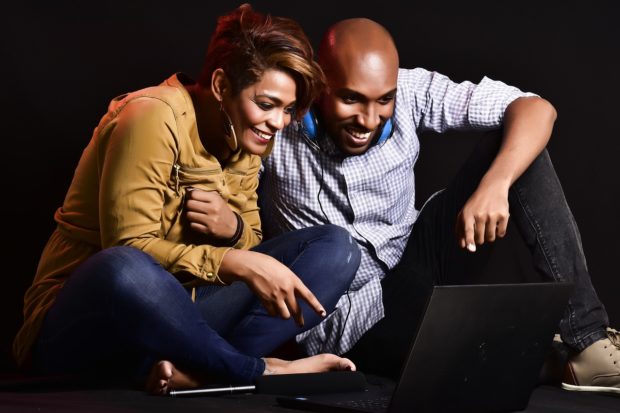 The Best TV Shows To Watch With Your Partner

Watching TV shows with a romantic partner isn’t just relaxing, it’s a revealing way to get to know them. Are they a sinister person who still sympathizes with Walter White past Season Two? Are they a killjoy who doesn’t understand why Broad City is funny? These are important questions to answer before you get too committed. That’s why we created a curated list of shows we recommend consuming with your significant other(s).

This zany sit com is basically The Office Meets NYPD Blue. Set in a Brooklyn police station, it follows Jake, a young cop working to establish his career, while also negotiating a wicked crush on his colleague, Amy. Hilarity ensures! It’s a series that features a bevy of beautiful romantic relationships, both straight and queer. Plus, the cast is full of comedic legends, from Chelsea Peretti to SNL alum Andy Samberg. With several seasons now streaming on Netflix, it’s a great show to watch as your long-term relationship grows into something more long-term. If your partner doesn’t start shipping Captain Raymond Holt and his adorable husband Kevin Cozner, there’s a high probability they’re dead on the inside. For that reason, binging Brooklyn Nine-Nine together makes an excellent soul test.

Do you and your partner have different tastes when it comes to watching TV? Is one of you into romantic comedy, while the other prefers The Walking Dead? Well, have no fear, because we have a show that appeals to multiple TV palates at once. Don’t let the strange, grammatically incorrect way the title is written turn you off. iZombie is an excellent series that sparks a lot of interesting questions about police states, systemic discrimination, and what it means to be human. The protagonist is a newly minted Zombie named Liv. As a recent med school graduate, Liv takes a post at the morgue so she can have access to brains without killing people. Once ensconced in her new career, Liv discovers she can step into the consciousness of the deceased whose brains she eats. Suddenly, Liv becomes a super sleuth who can solve any murder. With a good mix of action, adventure, comedy, and heartfelt romance, iZombie will definitely delight a wide range of viewers.

The Americans is a 1980s period drama that could help you through a rough patch in your relationship. That’s because no matter how insurmountable your problems seem, there’s a good chance your issues aren’t as complicated as what’s plaguing Philip and Elizabeth Jennings. The premise of The Americans is that Philip and Elizabeth are KGB spies who’ve been embedded in the US for their entire adult lives. Forced to marry and have a family in order to establish a cover, Philip and Elizabeth must negotiate the challenges of making a marriage work while operating as under cover espionage agents. Honey traps and varying levels of allegiance to the Soviet cause complicate their union. And if that lifestyle doesn’t sound hard enough, they still have two young children to parent. The schadenfreude of watching Philip and Elizabeth struggle to keep their marriage afloat can be very cathartic. Plus, the series recently had its finale, which means you can binge the show at once.

If The Americans is too dark for your tastes, Catastrophe is a fabulous and funny show about relationship problems. When American Rob travels to London on business, he meets Sharon, a local with whom he immediately hits it off. The pair spend a very hot but casual week together. However, everything changes a month later, when Sharon realizes she’s pregnant. The couple decide to keep the pregnancy, so Rob packs his bags and relocates to England. But can these two strangers make it as partners and co-parents in the long-term? Catastrophe is a series that embraces – and even celebrates – the misunderstandings and awkward moments that arise when you’re trying to make a relationship work. This decidedly unromantic comedy is a celebration of love, in all its messy glory.