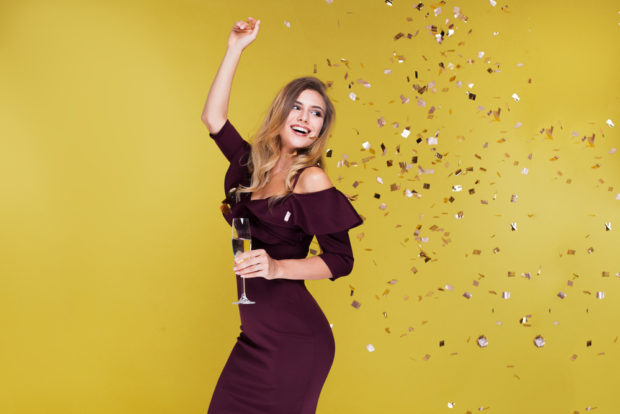 Use Science To Keep Your New Year’s Resolutions!

The research of world renowned Experimental Psychologist Richard Wiseman shows that only 12% of people achieve New Year’s Resolution success one year after setting them. Why is this so? And can science provides ways in which we can keep ourselves motivated to see our goals through? Motivation being defined as our desire or will to perform a task…

The main problem is that when it comes to achieving success with goals, we mostly think about being productive, wanting success but oftentimes not taking emotions into account. When in fact, research shows that staying motivated in order to keep pursing our goals is linked to our emotional circuitry in the brain.

“The mind is its own place and in itself, can make a Heaven of Hell, a Hell of Heaven.” – John Milton

How Do We Get On The Right Path?

I’m sure many of us are familiar with the theory that human beings don’t like change, but to quote Peter Senge, “People don’t resist change. They resist being changed.” I interpret this as there being a difference between changes being imposed upon us instead of a person being internally motivated to transform. To achieve meaningful change, we need to break habits and learned behaviours, which we (our brains) create. The good news is we can indeed develop good habits and get rid of the bad ones that are not in our best interests. Of course, this is easier said than done. However, keeping your resolutions is do-able when we first understand how habits are created – and maintained – by our brains.

Research shows that a bad mood results in decreased performance levels and creativity. Shawn Achor writes in his book, The Happiness Advantage, “If you observe the people around you, you will find most individuals follow a formula that has been subtly or not so subtly taught to them by their schools, their company, their parents, or society, That is: If you work hard, you will become successful, and once you become successful, then you’ll be happy.” He goes on to examine decades of research in positive psychology and neuroscience, evidence that the last statement works in the opposite way. That is, “…happiness and optimism fuels performance and achievement.” He further concludes that, “Waiting to be happy limits our brain’s potential for success whereas cultivating positive brains makes us more motivated, resilient, creative and productive, which drives performance upwards.

So how do we create a positive mindset when we’re not feeling it? By using the following tips:

We stay happy and motivated when we see we are getting things done. Why? Because even small successes causes the release of dopamine (commonly known as the happy hormone) which is linked to feelings of pleasure and motivational acts.

Research shows that the reward a person believes they will receive leads to a task being accomplished. Further dopamine (again) is shown to be released in our brains when a reward is received. As a result, a series of more motivational acts can be triggered with a little reward after an initial accomplishment.

It’s no secret that the people we surround ourselves with can have a huge impact on our lives. To quote motivational speaker Jim Rohn, “We are the average of the five people we spend the most time with.” Whether or not this is true, one study comprising 4739 individuals from 1983 to 2003 evaluated whether happiness can spread from person to person and within social networks; they concluded that, “…people are embedded in social networks and that the health and wellbeing of one person affects the health and wellbeing of others.” This is the case with people of Okinawa, Japan, who are famous for having the longest life span in the world and a record number of centenarians. They attribute this not only to a healthy and active lifestyle, but also to a result of an incredibly supportive network of friends and family.

No, I’m not kidding! There is a large body of growing evidence, which shows that the microbes in our gut greatly influences our mood. Our gut has a system of neurons called the enteric nervous system or our ‘second brain’. It actually produces more serotonin (neurotransmitter which contributes to happiness) than the brain! About 95%!

Use The Right Language:

An imaging study showed that positive words produced activity in the regions of the brain linked to reward and positive affect (a behaviour, facial expression or gesture associated with a feeling or emotion). Whereas, negative words did not. Rewards, of course, are associated with dopamine release. However, research also shows that negative language (usually fear inducing) can also lead to results. Perhaps this is why a bootcamp/fitness instructor yelling orders at you can be so motivational. In the case of language, I think it comes down to what is our individual preference or what we personally respond to.

Staying motivated and achieving our yearly goals takes work; however, that feeling of accomplishment or improving one’s health and wellness makes it totally worth it. Overall, achieving our New Year’s goals probably requires a combination of strategies to trick our brains into doing what’s good for us…

Dr. Jacquelyn Jhingree is a Canadian Chemist born in Guyana (South America) but now living in Cambridge (UK). She encourages people to travel and live in different parts of the world. She believes so doing will broaden your horizon, offering new perspectives, which just makes your life a whole lot richer and allows you to relate to and better understand people of different cultures. She is passionate about all things science with a side of soccer and feminism. She hopes to write science articles that can be of use to one’s health and wellness, inspiring positive change.