How To Be A Professional Race Car Driver

With 300 million TV viewers, Formula One is the greatest spectacle in professional auto racing today, and being a F1 competitor is the highest possible achievement in a drivers? career. It’s the very pinnacle of success in the industry.

Yet there are many types of auto racing including NASCAR, Indy Car, stock cars, drag racing, rallying and off-roading, etc and all the drivers you see on television in any of these categories worked very hard to get there, and spent a lot of time and money perfecting their craft and risking their lives for success. 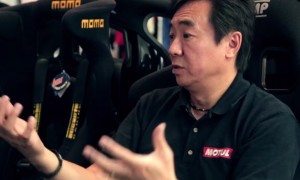 Joe Chan of Paragon Competition is the poster child for the everyman Canadian race car driver. He’s won a few titles over the years, but doesn’t consider himself a professional driver, not anymore. He’s a road racer, and specialty automotive parts entrepreneur. Here’s a video profiling Joe Chan and the Paragon Competition racing team.

Next week Joe is flying down to Laguna Seca in California to race in the IMSA Lamborghini Blancpain Super Trofeo. Just getting a car and team in this international event is an impressive business achievement, and winning another title here would be a master stroke. Joe’s car is provided by Grand Touring Automobiles in Toronto and his team is sponsored by Bluechem Fuel System Cleaner product and Spec Lube, and financed in part by his own racing parts and accessories business. Rather than be at the mercy of its gatekeepers, Joe Chan makes the auto racing industry work to support his entrepreneur lifestyle, and still satisfy his lifelong need for speed.

Joe frequently shares his knowledge with younger drivers who are eager to get started in motorsports. He counsels folks to enter and win races wherever they can find them. Amateur drivers looking to turn pro must travel a long and dangerous path that starts by winning go kart competitions, racing school competitions, and finding sponsors and successful racing teams that will put young drivers in their cars.

Start By Kart Racing In Canada

All of the professional drivers you see on television today likely started out as kids racing go-karts and winning competitions at every age level.

Canada is blessed with some of the finest kart racing facilities in the world, and there are some great tracks right here in Ontario and Quebec. People from all over the world visit SRA Karting International in St-Roch-de-L’Achigan in Quebec, and Circuit ICAR in Mirabel is another famous launching point for young race car drivers in that province. Here in Ontario, many would-be champions begin at Goodwood Kartways in Stouffville (see photo above) and Innisfil Indy Kart Club in Gilford.

After spending vast sums of money for track time, the hardest part is proving to yourself that you deserve to be there. You can prove it to the world by winning a competition, at which point you’ll find yourself ranked, and then you just need to win a couple more races to find yourself moving up through the rankings. Another good showing might catch the eye of a car owner looking for young drivers for a new racing team.

The finest racing schools are always more distinguished by their faculty rather than their facilities. But of course their tracks and equipment must also be top notch to attract highly qualified teaching staff. The best racing schools in Canada invite former race car drivers to sit on the corners and watch student?s lines, and how they brake and handle the cars. They give a lot of feedback and expect improvement over time. 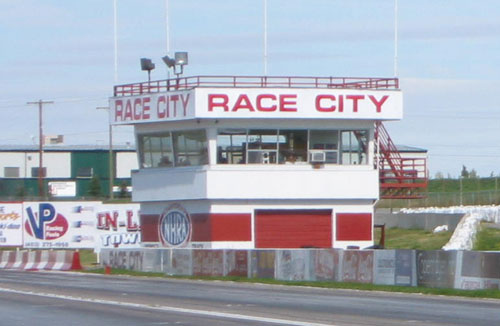 Sweetie Girl Racing in Toronto by Suze focuses on female drivers and is connected with Carts and Coffee. Jim Russell Racing Drivers School in Mont-Tremblant, Quebec has a good reputation and there’s lots of information online about their courses.

Two schools in Alberta also train lots of competitive drivers.  Racing Adventures and the Allen Berg Racing Schools are both located near Calgary and have great reputations. At the Allen Berg school students gear up in driving apparel by Italy’s Sabelt, an official Ferrari Formula One team supplier. Allen Berg draws on his 30 years of experience to provide lessons in a Formula Renault open wheel race car.

Step Three, Become A Fly At The Track

Frequent your local racetrack and buy a pit pass at the next public event if possible. Then be cool and casually and try to strike up conversations with people in the industry. Drivers, crew members and racing officials each have different perspectives on what it takes to be a professional race car driver. Remember the secret is to spread your passion around and be that guy who everyone knows is on the path. As long as the professionals in the pit don’t have pressing work to do, most crew will be more than happy to talk to you.

If you’re a young person, don’t be afraid to ask the track’s minimum age requirements, or if they have programs for young drivers. Many racing tracks’ age limit is lower than the province’s legal driving age.

Located in the Bay of Quinte halfway between Toronto and Ottawa, Shannonville is considered among the world’s most versatile and safest motorsport parks. Its unique design offers many advantages to the public and industry that cannot be found anywhere else on the planet. Their park also has a driving school that’s open to the public. The head instructor is Bill Brack, is a Canadian Hall of Fame inaugural inductee and Formula One driver. He’ll show you how to apply the same special driving techniques employed by racers. These techniques will make anyone a better controlled and more confident driver in all weather and road conditions. 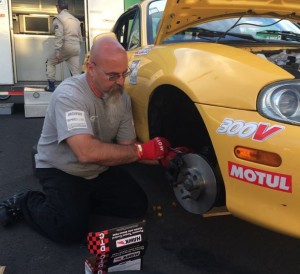 To pay entry fees and mend their cars and keep food on the table, racing teams need money. A large part of modern auto racing is assembling and maintaining equipment and raising enough funds to pay pit crews. Raising the money you need to race for a season is the biggest challenge for anyone who wants a career in motor racing. It can cost tens of thousands of dollars starting out, and millions as you get closer to the Formula One dream.

Racing teams often fund their activities through sponsorships with automakers, state run oil companies and automotive after products like tires, filters, lubricants and high performance car parts with manufacturers that want to be showcased in connection with storied events and extreme racing environments.

The Road to Being Fast and Furious

In summary, I’m sure most people in the sport would agree that wanting to become a professional race car driver is not a terribly smart career choice. There are only a few thousand positions available world-wide, and once started along on the path it could be many years before you reach the top or make any money. Additionally, your career will probably be over at age forty five if you don’t die beforehand in a spectacular wreck on live television. Yet there’s no limit to the number of people who dream about being an F1 champion. As Joe Chan reminds us, there are no “gimmies” in professional racing. Hard work, practice, natural skill, luck and money all play a roll in your ability to catch a break and become a famous race car driver. And if Joe Chan can teach us anything, it’s that being a successful driver in the auto racing industry is as much about being a strong business person as it is being able to hold a corner on the track.