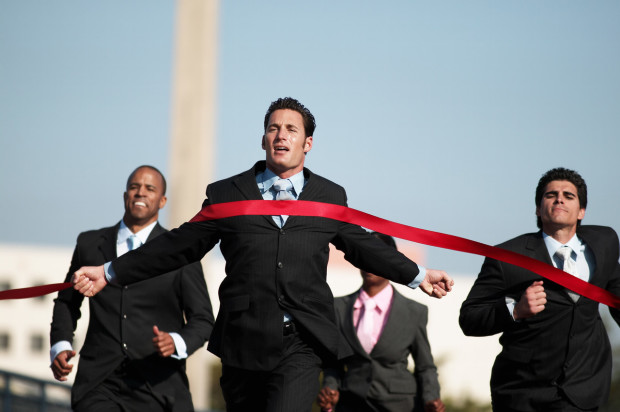 Newsflash: Modern-dating has completely evolved into one competitive venture.

With the exception of exclusive relationships, it’s an absurd assumption that there are no other prospects vying for his or her attention. Serial dating is quite common these days, and being aware of this dating fad, makes for less heartbreaks about getting played. It’s the survival of the fittest dater nowadays.

Bluntly speaking, that person you’re interested in, is also courting the attention of other prospects––it’s part of the unspoken rules of dating, so get with the program! Whether you’re first to the finish line or not, however, is a different story. It’s a competition, so gear up for the ride!

There are two world-class opponents in this dating race: The Nice Guy vs. Bad Boy.

Each opponent possesses a distinctive style and approach to women. One is on the defensive and extremely courteous, while the other is all about playing the offensive card and pushing it to the limit. Nice guys get the rep of being the following in extreme: safe, predictable, gentlemanly, and every other Disney-descriptive in the book for being nice. You’d think they’d be reeling in women by the numbers right? In the other lane, are the bad boys: notorious for their spontaneity, inconsistencies, and challenging ways. Ladies men and cocky guys also fall into this category by default.

In a race for the same woman, the prevailing public opinion is that the nice guy will finish last, as the bad boy races to victory. But it’s 2014 and social media has completely changed the dating game; so do nice guys still finish last or was it just a past dating myth? Before I announce the verdict, I’ll present some evidence in the next article for you to consider.