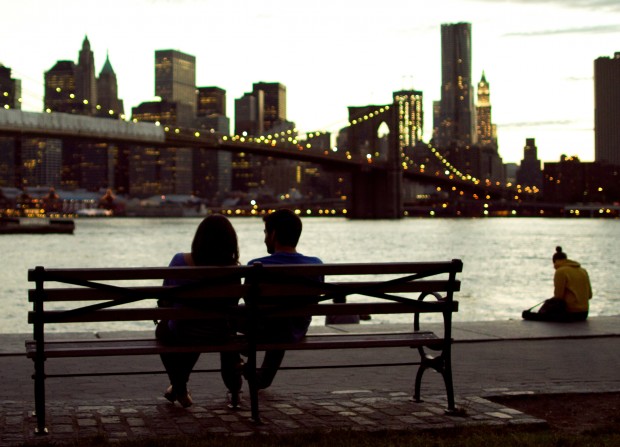 7 Limiting Dating Beliefs & How To Challenge Them

Just like some say that sex begins in the brain, so does dating. The positivity or negativity of your thoughts about dating and the opposite sex can affect your demeanor, actions and even what you allow to manifest. Your limiting beliefs will stop you even before you leave your house, so let’s practice becoming aware of them and challenging them so that you’re in control instead. There are endless limiting beliefs but I will take 7 common ones that I hear single women say so that we can challenge them:

There is no age limit to finding love. While it may be true that some men want kids and they might prefer to date a woman under 35 for this reason, in surveys many men say they’d date a woman over 35. Today there’s adoption and invitro and many singles would also be okay not having a child. What matters is that you know you’re a great catch so that you exude confidence. Think of examples of the many women who have gotten married in their late 30’s and much later and you will know this limiting belief is not always true. This one is ridiculous. There are plenty of single men. You may not meet them on the street or in the supermarket. You may have to look on dating sites or at meet ups and make some effort. Yes, it may feel that way some days but remind yourself that this isn’t the case. As a dating coach I’ve had plenty of great men wanting to meet a wonderful woman with whom to have a relationship. They are out there so you have to get out there too! Thinking the opposite just gives you a pass to stay home and watch TV in your pajamas. Sure, there may be some Wall Street banker types who are looking for some gorgeous blonde debutante but not all men have such strict standards. Men want someone they’re attracted to but sometimes I think women are harder on themselves about their body than men are. If you know you’re attractive and you like yourself, that will be good enough for the majority of men and you only need one. I have to laugh because I’ve heard both of these limiting beliefs. I’ve heard single well-paid assistants say no men would date them because they don’t have a better career path and don’t make over $75,000. Then I’ve heard successful women lawyers say that men are intimidated by them so they may as well not date. I wrote my book When Mars Women Date

for those latter women. But really, there are men that don’t care if women work at all and others who are really impressed by a successful, competent, sexy woman. If you like who you are and regularly put yourself out there, you will attract someone who’ll match you just as you are.

5. ‘I Haven’t Had Enough Relationships or Sex.’ Here again, many singles dread dating because they think they will be asked about their past relationship history and although they may have dated, they’ve only had one or two relationships which were 6 months long. Or, they may not have had sex yet in their early 30’s. In my opinion, this often looms larger for that person than it might for their prospective dates. Often your dates are just worried about finding someone nice and attractive and whether they’ll be liked back! You can’t change your past (except in the present) so don’t let your lack of experience be the thing that stops you from getting some!

Some men may love a virgin or will be happy that he’s your main love.

6. ‘Finding Love Should Just Happen and It Hasn’t For Me…Therefore I’m Unlucky in Love!’ Hollywood has sold us on the notion that loves happens when you least expect it and its predestined. It’s great when this happens but for many singles, it’s work. Today singles are busy with jobs, family, friends, hobbies and education. They may not be in situations to naturally meet lots of singles so in the few hours of leisure time that they have, they need to target ways to meet other singles. This means doing online dating, going to singles meet ups or functions or getting fixed up. Don’t sit there blaming the Universe for not being your best match maker. Take the situation into your own hands and go where your target audience is that so you can get lucky!

7. ‘There’s Nothing Great About Me for Someone to Love’ This limiting belief is the most upsetting to me! This is not about someone else loving you, it’s about you appreciating and loving yourself. Stop comparing yourself to others and write a list of what is awesome about you. I know that God made you so there’s plenty about you that is original and special and loveable. Your job is to find it and to marry yourself first. This way you won’t place your self-worth in finding a relationship and you won’t lose your self-worth each time you’re rejected. If you’ve had this limiting belief before, use it as a springboard to begin loving yourself in your self-talk and to remember how worthy you are of a terrific life and relationship, please.

If you have other limiting dating beliefs, these examples should help you learn the process of challenging them. Free yourself of the tyranny of your mind and let your heart be your guide.