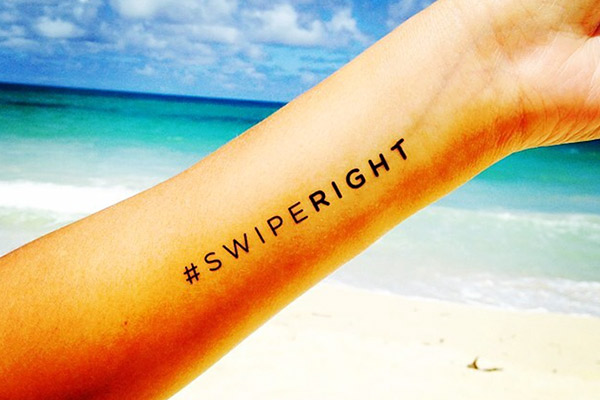 Celebrities That Have Taken A Crack At Online Dating

It looks like the dating game can be hard, no matter who you are. And while some of us can often be found either swiping a hard left or a hard no on Tinder wishing that we were famous and had people lined up at our door, it looks like the grass is always greener, because these celebs have dipped their toes in the online dating pool as well.

RELATED: Dealing With Romantic Rejection In The Digital Age After her split from Mike Comrie, Duff treated us all with her new video Sparks which featured her experiences from real Tinder dates. After a few failed awkward dinners and hugs, Duff admitted that she wasn’t really into the app, arguing that it was just a social experiment. Halle Berry has had her ups and downs when it comes to her love life. We all rejoiced when it looked like true love with Canadian hottie Gabriel Aubry. The couple gave birth to her first child Nahla, but alas, their love was full of drama and ultimately ended. Berry married Olivier Martinez and had a son, although the couple recently called a quits. Back in 2005, Berry admitted to trying various online dating sites just to see what all the fuss was about, though she never went into details. Lindsay Lohan is no stranger to the spotlight. So it makes sense that she’d look for a relationship that had nothing to do with her star status. But things took an awkward turn when she apparently matched up with her brother on Tinder. Safe to say she swiped left on that one. What can we say about good ol’ Marc Jacobs? The man likes to have a good time, as he allegedly invited a group of men for a “chill out session” in his New York apartment. No judgment from us. Since then, Jacobs has deleted his Grinder account, arguing that he’d prefer to concentrate on his career than his random hook ups. Valid. Once Lily Allen discovered Tinder she sent out a Tweet to her followers saying “Just discovered Tinder. *Waves goodbye to life*”. Looks like someone was enjoying their single life. But Allen was only having a bit of fun with her online dating site, because she eventually met and settled down with builder and decorator Sam Cooper. Fresh from his divorce to the gorgeous Miranda Kerr, everyone’s favourite Pirate of the Caribbean admitted to creating a fake Facebook profile to try and meet women. He even used a fake picture to try and hid his identity. Clearly, that didn’t work for him as now he’s been seen in an on and off relationship with Katy Perry, another star that took a crack at the whole online dating scene. Adele was caught saying Hello from the other side of her computer when she signed up for eHarmony. But no one gave her a shout back as she neglected to post any images of herself. Not to worry, all things worked out in the end as Adele deleted her profile and met charity entrepreneur Simon Konecki. The two welcomed their first son, Angelo in 2012.