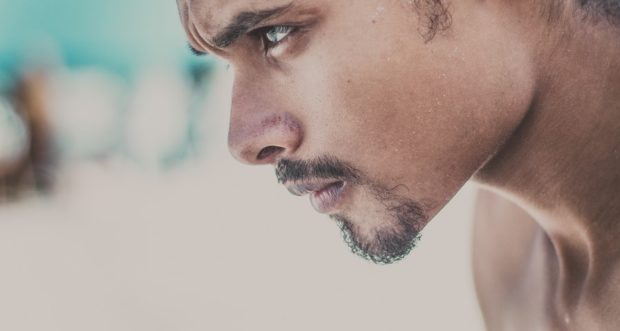 By Chantal Gatien · On

I know it’s not just me. Sitting here time after time asking why am I such a magnet for these guys, these failed relationships?

You know the kind of guy I’m talking about. The emotionally unavailable, not willing to commit long-term, get freaked out anytime I mention the word marriage, kids or moving in together – kind of guy.

The ones that make you think you’re serving them a life sentence of torture at the idea of building a future with you.

You know this guy. He’s just your type – the kind of guy you seem to attract, the one you swear you don’t want – but you still keep managing to choose. You’ve probably dated him several times but just a different style.

“Why Do I Keep Attracting The Wrong Guys?”

So why is it every time a relationship ends you still end up asking yourself that same damn question “Why do I keep attracting the wrong guys?”.

I mean, the last one had loads of potential, he made it seem like a future was possible… until you started talking about actually wanting a future and…GASP (insert bomb sounds here) – you talked about getting ‘serious’.

You get the pattern. You’re living it. So what’s the deal? Is there something happening at the beginning of these relationships that keeps bringing you to the same end? Am I doing something deliberately to attract the same kind of guy? If it’s something I’m doing – shouldn’t I see it by now?

Each of the guys in my past were individually very different, but the end result was always the same. I was left feeling like I had put so much into each relationship, and yet I was left walking away with just another lesson to learn (obviously not fully learned or I would have stopped “learning” it).

Clearly, I was missing the point. Something in me, was failing to understand the message. And it wasn’t until I was fully ready to actually learn the lesson, that the message finally became clear. I wasn’t attracting these men in my life, I WAS CHOOSING THEM!

I know what you’re thinking…

Because deep down inside, I felt that’s what I deserved.

Deep down inside, I didn’t think I was actually deserving of all the awesome things I swore I wanted out of a relationship. I repeatedly chose guys who couldn’t give me the things I was looking for, couldn’t demonstrate the emotions or values I sought, and definitely couldn’t offer me the commitment I was so clearly seeking.

Don’t get me wrong, I dressed that shit up real nice by convincing myself that I could turn a lump of coal into gold. It wasn’t me – I just had to find the right guy, right?!

It was so much easier to focus on how to fix them and their lives than it was to focus on what my own choices were screaming at me. I mean, on the outside, I’ve always had my shit together. But on the inside, it was clear that the little girl inside of me was just dying to be loved. Dreaming of a guy who would stand by me and wasn’t afraid to tell me he planned and wanted to stick around.

Instead, I chose men that needed me. That had a reason to be with me – whether they knew it or not – and the reason varied based on what I decided they were lacking (unorganized, unemployed, manchild, party boy etc…). I just really wanted to feel needed – and I settled into a pattern of mistaking that need for being a measure of the potential love possibility.

And when that didn’t work, and the needy guys weren’t meeting the void – I went to the other extreme. (You can’t say I didn’t fully explore the lesson!?) I chose men who didn’t need me at all and I ended up with guys who literally didn’t have the emotional capacity, time or interest in giving me what I wanted.

Fast forward through both sets of the wrong guy and I opted to settle for “a” connection and casual sex. Let’s be honest here, it was the easiest way to get some of my needs met without the disappointment of yet another failed relationship.

If you’ve read this far, then you know the next question I asked myself was – how do I make a different choice – when I’ve explored both ends of the spectrum and they were equally wrong for me? New question – if I don’t want either of those guys – wait for it… did I even know what kind of guy I wanted? Damn… good question, right?

I came to realize that all these failed relationships weren’t working out because I had no idea what I wanted, what my own worth was and frankly, if I was truly worthy of it. It wasn’t the guys that needed the help, the fixing or the saving, it was me.

Game changer – I finally figured out the lesson wasn’t about them and who they were – it was all about me! They didn’t need or want my help to change – I needed to start with me!

If I am not the problem, there is no solution.

So- first things first- yes, I wanted a man in my life and love, but what did that really mean?

In order to “attract” and be willing to choose the right man in my life, I needed to change on an energetic level. I needed to know that no man could EVER provide for me the happiness that I could for myself on a daily basis.

RELATED: You Don’t Have To Be F*&king Perfect So – day one, step one. I started putting myself first.

I made that sound super easy, right? Truth – it wasn’t easy. I fumbled around it  – a lot. It was actually super uncomfortable and at times, the most unnatural feeling in the world.

The days went on (key here – I stuck with it) and it got easier. Eventually, it became a priority I was no longer willing to compromise on.

Putting myself first didn’t just feel good – it felt GREAT!!! I was hooked – I wanted more.

I started to pay attention to the things my heart was telling me, the people and places that made my heart happy and for once in such a long time – I wasn’t depending on someone else to provide that happiness for me.

Putting myself first was only the first step, I knew I had to dig deeper (but more of that next month).

I’m happy to say I no longer have to explain to my grandparents that I’m just meant to be single. Or to make that embarrassing phone call that my +1 isn’t showing up and I’d rather just not talk about it. Again.

I took control of my happiness – and I take great pride in knowing what I want in my dream relationship. I know that I am worthy of a great guy and commitment isn’t a dirty word. If that’s what scares him – then he’s not the right one for me!

Chantal Gatien is an Executive Mindset Coach and a Relationship Coach. She helps people dissolve their success blocks in all areas of their lives so that they can move to the next level. Her down-to-earth approach makes Chantal relatable and fun to engage with. She has helped thousands of people have an attract their dream relationship.