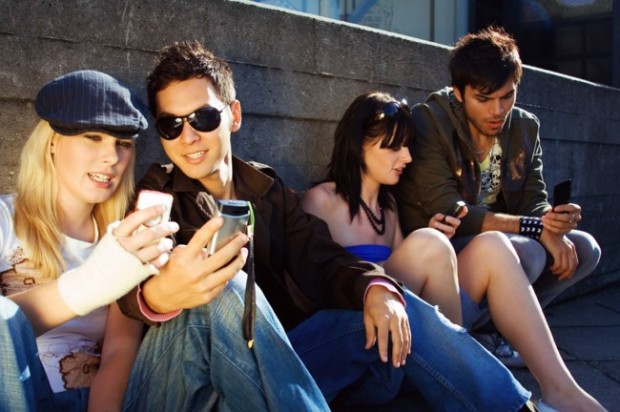 The Young Generation Of Tweeters

It amazes me that teenagers spend between 7 to 12 hours a day using some form of social media. Most teenagers probably can’t even imagine their life without Facebook, Twitter, and Instagram. Social media is rapidly growing every day and many teens primarily use social media for information, news, and interaction with their peers.

There is no doubt that social media provides incredible benefits to businesses, individuals, and society in general; however, there are unfortunately negative aspects that come with it. Teenagers are bombarded with inappropriate and misleading information constantly. What’s become evident among teens is that social media seems to be responsible for the decrease in committed relationships, the increase in sexual activity, and the increase in sexual partners. What is happening to our younger generation and what are the long-term effects of social media fixation?

Teens are notorious for constantly being on their Smartphones. Any chance they have, it seems they are browsing Facebook updates, posting pics on Instagram, or Tweeting to their followers what they just ate. Since they are constantly on their phone, they are increasingly exposed to sexual images, sexual comments, and toxic drama among their peers.

Sexual education has been offered in high schools for years and was originally introduced to ensure teenagers were aware of human sexuality and sexual anatomy. However, the Pediatric Annals explain that the efforts made by the education system are ineffective and the information that is delivered to teens through social media is much more influential. Essentially, social media has become the leading sex educator for young people, not Sex Education class. Unfortunately, the media typically only shows the perks of being sexually active and there is little discussion about the emotional aspects of sexual relationships. Because they aren’t always aware of the negative consequences that come with sex, teens experiment and often engage in sexual activity with the wrong partners and for the wrong reasons. Researchers have concluded that teens repeatedly exposed to sexual content via social media increases the likelihood of them becoming sexually active at a younger age. Given the current rates of sexually transmitted diseases (STDs) and unplanned pregnancies in teens, this is definitely concerning.

Social media is clearly conveying the wrong message to our young generation of teens. Since when is it okay to take half-nude pictures and post them for all of your friends to see? One study showed that fifty five percent of teens who were exposed to sexual intimacy through media had intercourse before age 16, as opposed to only six percent of teens who rarely saw sexual activity through the media. Bottom-line, social media appears to be influencing teens negatively and promoting sexual activity amongst teens that are not in committed relationships. Many people believe that the media should be more censored and controlled. I couldn’t agree with them more. It’s a shame that social media has negatively altered young teens perception of what the social norm of adolescent behaviour should be. Any chance we can replace Smartphones with good old Super Nintendo?

Dr. Sara Celik is a professional speaker and licensed Naturopathic Doctor, carrying 15 years experience in the health and fitness industry. As a passionate leader, Dr. Sara has devoted her life to helping others reshape their mind and body. She is a sought after educator and teaches across the country on digestive health and cleansing. Dr. Sara has a dedicated following on social media platforms and has appeared as a guest expert on the W Network, CP24, CityTV and CBC. Visit her website at www.drsara.ca.