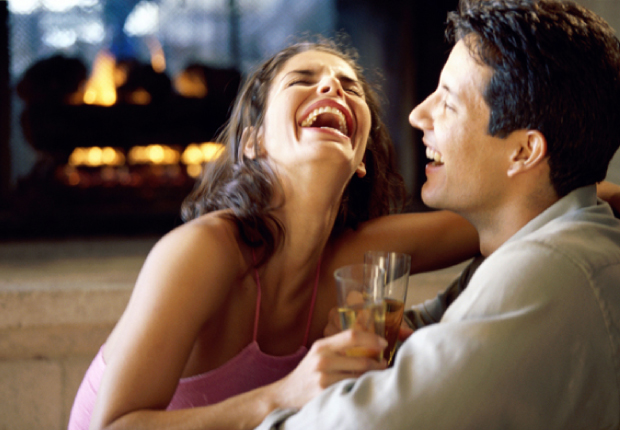 I ran into an ex-girlfriend recently. She had been dating a new guy for about six months. Naturally I was happy for her yet admittedly, a little curious as to how it was going and what she saw in him.

“I’m going to marry him.” She said in a firm, committed voice, adding, “I love him.”

She went on to explain why they were compatible and the reasons they were a good match; or at least a reasonable match, as I perceived it.

Something seemed to be missing in her response though. I made a mental note of the conversation.

A few days later I ran into another female friend who was involved in a twelve-month relationship. He’s a great guy as far as I can see, and she is an awesome woman. Seeing as it had been at least a year now, I inquired as to whether there was any “wedding talk” yet.

Her reply was a markedly unenthusiastic.

“I love him. He’s great. We talk about it, but we’ll see.” She replied, as she seemed to force a smile on her face.

I couldn’t help but feel that the lukewarm tone of the answers from both women was similar. My impression was that at this point in their lives, these women had chosen to focus on the value of certain needs and practicalities being met, even though they longed for just a bit more.

Then I thought of some other couples I knew and looked for similarities when it dawned on me; it appeared that I knew a number of couples where the woman in the relationship had chosen a partner that only met a level of needs, but something was missing. That “something” was that their male partner didn’t really excite her.

What a shame I thought.

Understandably they had probably been interested in men throughout their lives that excited them, but couldn’t find that one, long term, and reliable man in the group. Then, faced with life’s practical realities, they decided to turn their focus to the attributes that are most important for long-term relationship survival. Unfortunately, those attributes don’t always come packaged with the attributes of a man that knows how to create waves of chemistry in a woman.

The fact is, women can be very much a mystery to us men. However, there are certain principles that if followed, will create some of the excitement that she craves.

Here are a few basic suggestions:

1. Take her. Women love to be “taken”. Taken for a date, taken for a trip, taken on an adventure and of course, taken in the bedroom. Taking a woman for a trip or an adventure doesn’t have to be an exotic trip to the Caribbean or the jungles of the Amazon. Make plans that you know she will enjoy and do it. Don’t muddle about saying, “I don’t know, what do you want to do?” Women hate that. Consider her interests and her loves, do some research, and then inform her that you’ve made plans you know she’ll love. Then take her.

2. Surprise her. No one likes mundane routine or predictability, especially women. And, everyone loves surprises, especially women! Surprises don’t have to be gifts of high monetary value. They can be as simple as having a candlelit dinner waiting for her when she returns from work, or a sexy love note left in her purse for her to discover at a time unknown in the future. She’ll remember the thoughtfulness of your surprise for weeks to come.

3. Charm her. Women love to laugh and to be in the company of a man who can make her laugh. Women cherish and thrive off of the joyous moments of shared laughter, fun teasing and smiles together. Keep that in mind and provide that. If your sense of humour isn’t where it should be, improve it! Learn a joke or two every week and share it with the subject of your desire.

Just making an effort in these three areas will begin to generate those longed for feelings of excitement. When a woman sees a man making a true effort to be every bit of the man she dreamed of, she will respond. And when a woman responds, she will do it with a multiple of the effort that we invested to begin with.

Do it! Excite her!