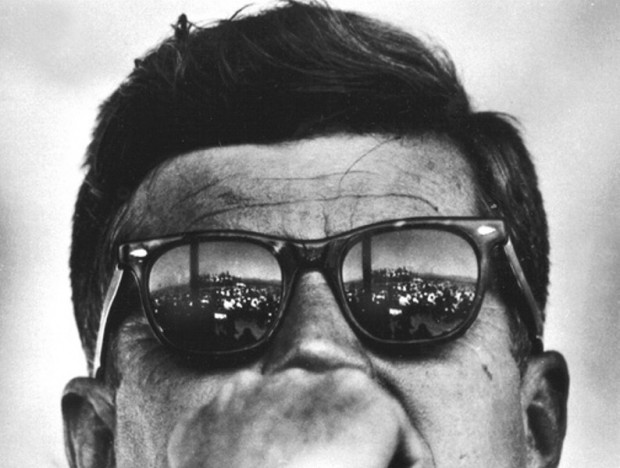 On this 50th anniversary of the assassination of former President John F. Kennedy, much has been said about his political contribution and legacy. His involvement with women outside of his marriage to Jacqueline Kennedy has also been well documented as of late. But what exactly was it about JFK that women were drawn to and simply couldn’t resist?

JFK was known for his ability to walk into a room and be liked by everyone. Constantly at the center of attention he could catch the eyes of men and women without trying. Today’s man can learn from JFK’s charisma and the way he carried himself. When you walk into a room, use strong body language to convey power and magnetism.

What woman doesn’t like a clean-shaven man in a well-tailored power suit? When we think of stylish presidents, John F. Kennedy is the first to come to mind. Though most appearances of Kennedy where in well-tailored suits he could easily (and handsomely) pull together very sophisticated outfits for day-to-day life, on his boat or even just reading the morning newspaper. Dress your best and dress for success and women will take notice.

Never was there a moment that you would see Kennedy not exuding confidence. His body language was positive, yet non-threatening to those he would meet, making it easy for anyone to listen to his message and want to follow his lead. When he spoke he was direct, clear, and inspiring. Women love men who know what they want and will not compromise from their worthy convictions.

Woman love a man in control, whether it be in public or in the bedroom. Kennedy was not only the President of the United States, but was the richest President in history. Taking control, making plans, and being the respectful boss; these are attributes that women find attractive.

JFK was awarded the Navy and Marine Corps Medal for courage, as well as the Purple Heart for his heroic leadership in World War II after rescuing three of his crew mates who were blown overboard after their PT109 Torpedo boat was rammed by a Japanese destroyer. After swimming to safety at a nearby island, they waited for six days surviving only on coconut milk and rainwater until they were rescued because Kennedy had convinced an islander to take a message he had scrawled on a coconut husk to the closest PT base. Women love a man who will save the day. Every Walt Disney Prince does it. Every romantic hero does it. Show your bravery and it will resonate with her.

Said to be a pioneer in the women’s rights movement, President John F. Kennedy acted decisively in the interest of women. In 1963, he signed into law the historic Equal Pay Act, which prohibited “discrimination on account of sex in the payment of wages by employers” and he continued to support women’s rights til the day he died. Any man that will fight for the rights of a woman and treat her with equality and respect, will win her attention in return.

JFK refused to accept a salary, and insisted to donate the full amount of his $100,000 presidential pay to charity. Although that salary paled in comparison with the various income streams he enjoyed, Kennedy’s willingness to give and help others was also reflected his policies as president. Men who show that they are compassionate and generous to those that are less fortunate, melt a woman’s heart. If he cares so much for those he does not know, it can communicate that he will care for the lady in his life even more so.