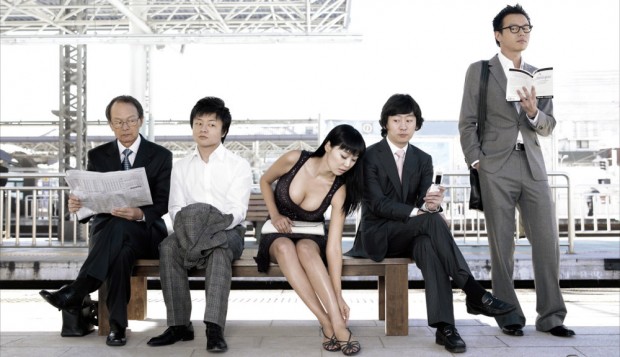 Floating Cleavage: To Stare Or Not To Stare

By Eligible Magazine @eligiblezine · On February 26, 2014

“A man falls in love through his eyes, a woman through her ears.” Woodrow Wyatt

While sitting at an outdoor patio with my guy pal, a good-looking lady sashayed by. She was nicely dressed and even more nicely put together. My friend remarked with obvious approval, “There is an excellent example of ‘floating cleavage’.” Naturally I turned to get a gawk.

He was right. Her cleavage was in fact floating. Not jiggling, not bouncing, rather floating. In case you have never witnessed this phenomenon, the undersides of the breasts were immobile while the exposed upper skin was “floating” with her gait. It was hard to deny, her cleavage was nice to look at.

Just in the nick of time, my feminist side kicked in and I indignantly spat, “I thought you didn’t believe in objectifying women?” A mocking smile curled around his lips and he responded with, “I don’t. I simply like to admire the beautiful qualities of women.”

But he knocked the feminist air out of me by stating, “Trina, you need to learn the difference between admiration and leering. I was respectfully admiring that woman. Not leering.”

There’s a difference? Well who made the rules? Because, even though I have experienced both, I cannot express in words their intangible distinction.

Many a woman has recounted how a man undressed her with his eyes. Besides making her feel terribly uncomfortable, it was downright creepy. But the same woman has secretly enjoyed the cat calls and whistles from leering construction workers while walking past a construction site. It put a bounce in her step.

But hey, what about those men who unabashedly stare at women’s breasts? Many a woman has done her best to camouflage her large breasts, yet they still peek around a corner way before the gal enters the room. It’s gosh darn unpleasant when men ogle.

What about women who wear cleavage revealing clothes? They pretty much ensnare the average guy into a no-win Catch-22. She wants him to admire her, but she still wants him to respect her. Above all else, she wants him to look at her cleavage appropriately. Huh?

I once saw a lady wearing a skin-tight t-shirt with a deeply scooped neckline, her cleavage hanging out all over the place and the t-shirt read, “Stop Staring. Grow Your Own.” Can you say mischievous and evil mixed-message, boys and girls? 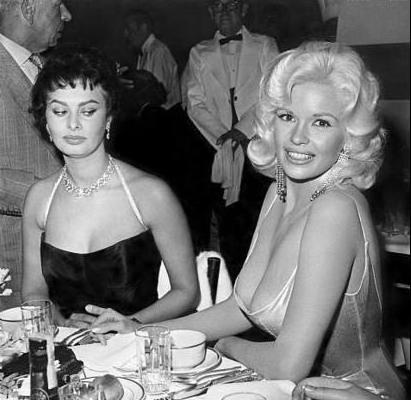 Now I’m not into gals but I have talked to my share of women’s breasts. I couldn’t help it. They were just standing there, at attention, waiting to be looked at. All the while, the gal complaining, “Why can’t men look into my eyes instead of my breasts?” And I’m thinking, “Because your breasts are like a flashing beacon screaming, ‘Look at me! Look at me!’” It’s not rocket science.

As a result, I empathize with my politically-correct male friends who plead, “I was trying really hard to keep my eyes on her face and somehow they slid down to her breasts. I caught myself and snapped my eyes back to her face only for them to slide down once again.”

After going through this debate with my floating-cleavage-loving friend, I confess that I’m really not sure there is a correct answer.

It was here that he calmly imparted his sagely knowledge, “The difference, my friend, is whether or not the woman desires the attention. If the woman wants the man’s attention she feels admired. If she doesn’t want the attention she considers it leering. It all comes down to her perception of what she feels his intent is.”

I opened my mouth to say how typical of a man to throw the blame back on women, just to snap it shut again. He makes an excellent point. Although I don’t feel he is 100% accurate, there is much truth to his belief.

Nevertheless, I don’t believe guys should be given carte blanche to stare, even when the lady has her cleavage out invitingly. However, women might want to lighten up a bit and save themselves a bunch of unnecessary heartache.

Cleavage staring will never go away—it’s in a man’s DNA. Might as well make peace with it.

Relationship and sexual health expert, Dr. Trina Read, is the founder of sexual health resource www.VivaXO.com and www.TrinaRead.com/SensualTastes. She is host and producer www.EatDrinkLoveTV.com, Recipes for Love TV and a CBC radio relationship columnist.