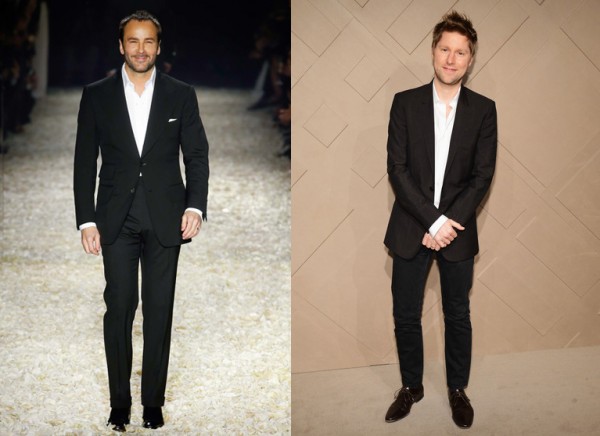 From Ford To Ford: Disruption In The Luxury Industry

We live in interesting times. Technology has changed the way virtually every industry and major player conducts business. AirBnB has disrupted the hotel economy. Uber has shaken up the taxi industry. Social media has changed the way we engage online. Mobile wallets are eliminating the need for brick and mortar bank branches. Newspapers and traditional television channels are being replaced by digital media portals. Disruptive innovation has become so mainstream in the business world that it’s hard to identify an industry that has not been touched by the massive change that technology brings, once its convenience and accessibility presents a better and more cost effective model. The luxury industry, once considered the last bastion of change because of its lack of accessibility to the masses, has now been faced with the inevitable need to adapt to the changing times.

Not all innovations are disruptive, even if they are revolutionary. The introduction of automobiles was not originally a disruptive innovation. Cars were considered to be expensive luxury items that did not disrupt the market for horse-drawn carriages. The market for transportation stayed essentially the same until the introduction of the lower-priced Ford Model T in 1908. When Ford mass-produced the automobile it became a disruptive innovation, because it changed the transportation market. Luxury brands are now faced with a similar need to change thanks to the intersection of media and technology, even if that means discarding formerly successful approaches. And this shift finally happened last week when Tom Ford joined Burberry in their decision to combine men’s and women’s collections on the catwalk: starting in September, both designers will stage season-less fashion shows twice a year. And like the earlier Ford (oh the coincidence of both men carrying the same last name) the mass production model that created the disruption in the automobile industry, was emulated in luxury fashion. Going forward, immediately after Tom Ford and Burberry shows, their clothes will be in stores worldwide so consumers can buy them. What’s more, a select few will have access to purchase online direct from the runway, with Ford saying, “in a world that has become increasingly immediate, the current way of showing a collection four months before it is available to consumers is an antiquated idea and one that no longer makes sense.”

Interestingly, this more cost effective model for Ford and other luxury designers who must splash out on high end venues, models, and all manner of team support that goes into staging these events, is being matched by the realization that the retail model of

purchasing is also changing rapidly. There is a growing awareness with industry experts that additional shifts to shows that are more closely aligned with retail deliveries is necessary. As the old saying goes, invention is the mother of necessity. With the ultimate goal being to stimulate full-price selling at a time when apparel sales continue to decline, retailers are competing with consumers who are spending more of their money on restaurants and experiences rather than clothes. This gives rise to the invention of a new system that displaces the costs. This raises a number of questions related to supply chain issues, as well as the role of retailers in the distribution of the designer clothing, as most brands now depend almost exclusively on their directly operated stores. Scott Tepper, fashion buying and merchandising director at Liberty, a luxury department store, summed up nicely the new landscape that luxury designers are faced with:

“The cycle has to adapt or become increasing irrelevant; the customer has told us as clearly as possible they crave immediacy. They need deliveries of light clothes in summer and cold-weather clothes in winter, wherever they live. As they are bombarded with images and commentary of fashion six months before it’s available to them, the problem is hugely compounded by a pretty universal lack of interest. They’ve moved on,” he said.

Indeed, Business Insider reports that the top 500 retailers earned $3.3 billion from social media shopping in 2014. Social media is steadily driving increases in retail traffic, and in order to maintain this momentum, luxury retailers will need to incorporate mobile e-commerce strategies as shift to digital media begins to dominate the consumer habits of the increasingly influential Millennial demographic. Instagram continues to be an important branding tool, with social commerce site Snapchat beginning to make a stronger impact on influencer marketing.

This is the beginning of a new era in luxury retail, much in the same way that the automobile heralded an entirely new means of transportation. For those who are visionaries in this industry, and can see beyond what has always been done, the opportunity is now greatest to maintain a competitive edge, stay relevant, and most importantly, maintain profitability.