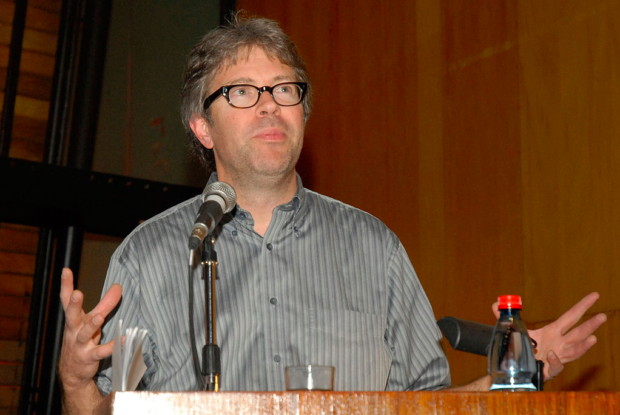 A Response To Jonathan Franzen’s “Ten Rules For Novelists”

You may know Franzen as the bestselling author of books like Purity. The National Book Award Winner also made headlines in 2001 when he rejected Oprah Winfrey’s offer to make his novel The Corrections an official selection of her book club. Franzen did not want his work associated with Oprah’s earlier book club picks, deriding several as “schmaltzy” and “one-dimensional.” And that begs the question, what kind of a monster doesn’t want his book to be part of Oprah’s Book Club?

In the spirit of sharing, this fledgling millennial author has composed her own list of “Rules” for writing novels. Spoiler Alert: Unlike Franzen’s, my list doesn’t belittle Internet writers or bemoan the use of the conjunction “then.” Enjoy!

1. For wealthy dude authors, the reader is your friend. But if you’re a woman and/or person of colour, there’s a thirty per cent chance the reader is a troll who lives in his dad’s basement. You may have to block him on Twitter.

2. Writing doesn’t pay well. If someone wants to pay you to write sh-t for them, you should probably take the money. You’ll probably have to write listicles about cats, and there’s actually great dignity in doing that.

3. Write however the f-ck you want, whether that’s in the first-person, in the third-person, or hell, even in the second-person. There’s more than one way to tell a good story. Every toddler in possession of a “Choose Your Own Adventure” book knows that.

4. Rich guys who got their first publishing deals thirty years ago often hate the Internet. That’s because they believe it’s hastening the decline of civilization; they’re wrong. Feel free to use the Internet as means of gaining valuable experience and exposure. Turn that Tumblr into a book deal, girl!

5. “Voluminous research” is now available online. Yay! That means people who can’t afford plane tickets to Italy can still research a novel about the Roman Empire by reading articles on Google Scholar and watching Youtube. Isn’t the democratization of information wonderful? Praise be!

6. Remember to read and reference books by people who aren’t just cisgender men of European ancestry. No offense to renowned authors like Franz Kafka, but many good writers don’t have white penises.

8. You’ll need to use verbs in your writing. Choose whichever verbs you think best describe the actions of your characters. Do not let people who hate Oprah tell you otherwise.

9. Jonathan Franzen may not like your work. That’s okay, because there’s a chapter in The Corrections where a character shoves salmon down his pants.

10. Nobel prize-winning American author Toni Morrison once said: “I wrote my first novel because I wanted to read it.” Now go write the books you want to read!

RELATED: We Sit Down With Bestselling Author Lindsey Kelk