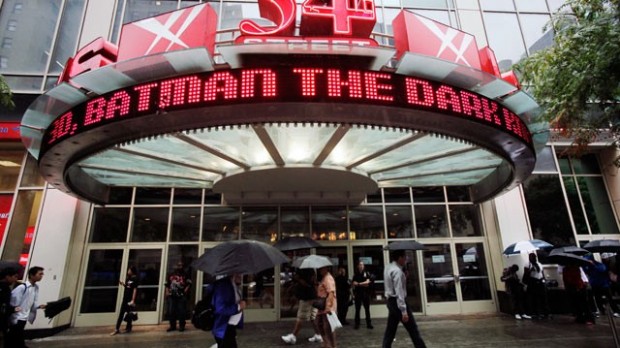 The formula for a successful Canadian summer, although slightly varied depending on the individual, is fairly standard.  We pray to the weather gods for a bounty of sunshine, especially for the four precious long weekends, while consuming enough barbequed meat to do our caveman origins proud.   Six packs of beer fly off the shelves at a brisk rate eagerly waiting to be drunk at the end of a cottage dock, but not before sitting frustratingly motionless in Friday afternoon highway traffic for hours on end, lamenting a return trip home on Sunday before the weekend has even begun.  Musical tastes take on a seasonal bent as well; song writers like Kim Mitchell and Steve Millar would cease to exist had the month of September been preceded by April.

No summer would be complete for most of us without taking in a blockbuster flick or two.  Hollywood big budget movie makers foam at the mouth for the warm weather season due to one undeniable fact:  Making money by the truck load is a near certainty.  Fortunately for studio executives a quality film isn’t all that necessary; for the most part stuff just has to blow up.

I suspect there are a variety of reasons why our good friend Oscar rarely comes calling for the big midyear flicks.  At the heart of the issue is the notion that once audiences’ ticket buying behaviors become predictable, they become less discerning.  The same idea holds true in the restaurant world and in the music business.  A well reviewed bistro usually brings in a flood of new customers, and soon becomes a popular social scene, often to the detriment of what made it a chosen destination for diners in the first place, namely the food.  During the early stages of a songwriter’s career, they tirelessly hone their craft by playing to a passionate music crowd, primarily in small venues.  A hit single or two can result in a big venue tour, playing to larger audiences who tend to place a little less importance on the role that music plays in their lives.  In the end the art often suffers.  Famed author and New Yorker columnist Malcolm Gladwell sums this up succinctly:  ‘hard work is a successful strategy for those at the bottom because those at the top no longer need to work as hard.’

This is by no means a universally applicable rule, as is evidenced by some of your summer movie options this year, specifically Christopher Nolan’s third and final installment of his Batman trilogy which hit theatres late last month.  It’s wildly entertaining to say the least.  And while the story line plays out as we might expect, we’re treated to a visual display of exciting action sequences and a group of dastardly characters.  Nolan is particularly impressive for his limited use of CGI technology, using it only to create a sense of seamlessness within certain scenes rather than trying to demonstrate the spectacle of the visual effect.

Summer is a time to kick back, relax, and to try not to take life too seriously.  It would seem as though film makers are keenly aware of this in their distribution of content, but occasionally we’re given a surprise offering of better quality.  Thankfully this happens to be one of those years.