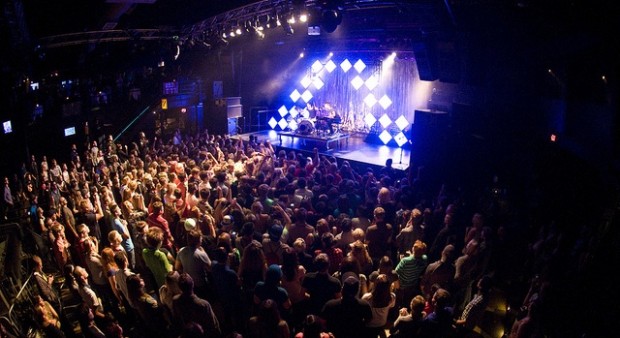 Sometimes The Where Is As Important As The What: The Live Music Venue

The list of ‘first-time’ life events etched into a person’s memory tends to be a short one.  It’s not that each of us hasn’t experienced a sizeable number of milestones during our lifetimes, but few are so memorable that we’ll remember them indefinitely.  A couple of noteworthy firsts for me include the grandeur of stepping into Maple Leaf Gardens as a five year old holding my father’s hand, and the triumphant moment of finally tasting victory on a two-wheeled bike.  Right near the top of this infamous list was my inaugural live music experience.  The ear piercing volume, combined with the palpable energy level emanating from the front of the stage while several hundred teenagers bounced feverishly in unison is something that will forever resemble an unbreakable hard-drive between my ears. I suspect any music junkie can describe this ‘first’ in granular detail.

At the heart of the live music experience is the venue itself.  The large stadium or arena set-up creates an all too familiar atmosphere defined by large crowds, an elaborate stage and lighting configuration, movie screens, horn sections, back-up dancers, and other assorted visual effects generally designed to augment the music being played by the band’s key members.  And although fun from time to time, large venue concerts lack the intimate appeal of their smaller brethren, and tend to cater to a musical consumer that favors distraction over connectivity with the art itself.  There is little which is more satisfying than seeing one of your favorite acts in a small, crowded space.  When you find an emerging artist who may be about to catch their big break, it’s beyond cool to have a memory of having seen them in a smaller sized room, before they’re playing Giant Stadium. Chances are you’ll be surrounded by folks who share the same passion for the music as you do; some of us feel less than keen about the idea of watching live music with 50,000 of our closest friends. 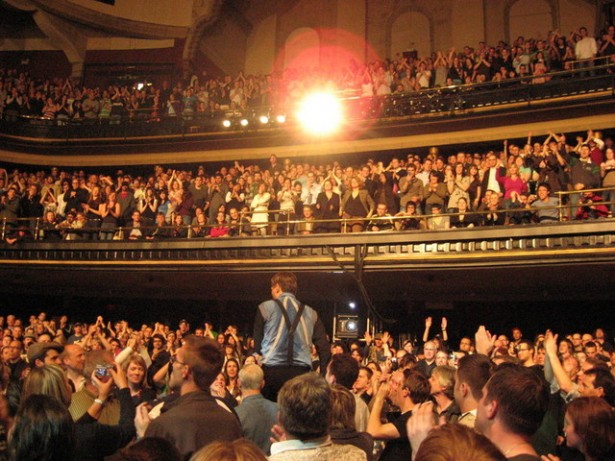 The small venue spaces in this country are fantastic, and many have a storied past as well.  Massey Hall was a gift from the Massey family to the city of Toronto in 1894.  For over 115 years, its famous red doors have welcomed the world’s best artists, earning it a unique place in Canadian music history.  Many famous musicians have appeared on its stage, including George Gershwin, Glenn Gould, Gordon Lightfoot, Neil Young, and Oscar Peterson.  Prominent figures including the likes of Winston Churchill and the Dalai Lama have set foot inside this stately hall as well.On the west coast of Canada sits the Commodore Ballroom, located on the 800 block of Granville Street in downtown Vancouver.  The building opened its doors in 1929, and was built in an Art Deco style by architect H.H. Gillingham.  With a capacity to hold just under 1000 people, this famous stage has hosted the likes of James Brown, U2, Nirvana, The Police, and Pearl Jam.  It is the gold standard of live music venues in Canada if you find yourself west of Toronto.

There’s always a time and place to take in a large spectacle show.  They’re fun if not uninspiring.  The minivan-driving suburban set live for them in the same manner that they embrace their Saturday morning trips to Home Depot.  But if you’re looking for a live music experience that emphasizes substance over sizzle, try one of Canada’s small venue spaces on for size.