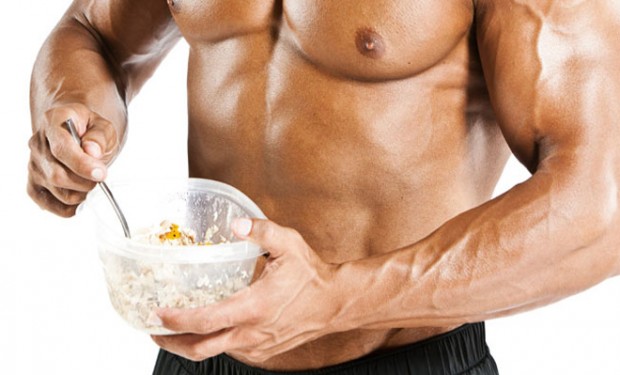 Debunking The Myth About Pre-Workout Carbs

For as long as I can remember, I’ve been told that it’s paramount to load up on carbs before any kind of physical activity. As I’ve gotten older, wiser and tried things for myself, I’ve realized that this is complete overkill. In most cases, eating carbs before working out is like filling up a near-full gas tank and watching excess gas spill all over the ground, ruining your fancy new shoes and making you smell like you work in a refinery. OK that might be a bit much, but you get the idea:

It is absolutely not critical to eat carbs before you work out.

Some pundits claim that pre-workout carbs will lead to more work in the gym which will lead to more muscle and more fat-burning, but this is simply not the case. Most people will also want to listen to these claims, because the majority of people are actually somewhat addicted to refined carbs and are conditioned to getting a hit whenever they want, several times a day. Take away this mind-numbing “need” for carbs however and the average person will discover that saving carbs until post-workout is an ideal strategy to lose fat and lean out. Why? Let’s look at what happens when we eat carbs. There are three options:

1) They are used immediately for energy

3) They are stored as fat

According to most sources, the average person can store upwards of 500g of carbohydrates as glycogen, which is stored in the muscle, liver and bloodstream. That’s around 2000 stored calories worth of energy! The majority of this glycogen is stored in skeletal muscle and is reserved for moderate-high intensity activity; if a person has a larger muscle mass they have a greater potential for glycogen storage and vice-versa (eg, small women almost surely cannot store 500g whereas large men can likely store more). It is also possible to increase this storage capacity through strategic dietary and training protocols, so most athletes will have a greater storage capacity. This storage tank is constantly being broken down as we go about our daily lives, and consistently replenished when we eat carbs. Long story short: When we eat carbs, simple sugars enter the bloodstream to satisfy any current needs, while the rest is stored as useful glycogen or dreaded fat.

So how do we prevent carbs from storing as fat? Don’t eat them pre-workout! If you have any kind of body composition goal, eating carbs early in the day is a very good way to sabotage your progress. There are exceptions to every rule (lean, performance-driven athletes being the exception here), but let me explain why you are not the exception.

Humans have three main energy systems; two for moderate-high intensity activities (anaerobic) and one for low-intensity activities (aerobic). The first anaerobic system (Phosphagen) satisfies the first 10 seconds of intense activity by using up creatine stores for energy (which is why all athletes should supplement with creatine, but that’s a topic for another day). If intense activity persists, the second anaerobic system kicks in. This process is called Glycolysis, which is a fancy word for when the body breaks down carbs to produce energy (either blood sugar or stored glycogen); this process can support several minutes of intense activity. The final process is the Aerobic system, which uses blood sugar and stored glycogen, but also stored fat as fuel for energy. This third system is much, much slower but is also capable of producing far more energy than Glycolysis, which is why it is the preferred system for low-intensity activity (ie, everyday life). As you may have noticed, this is also the only system capable of breaking down stored fat for energy; it also produces about 4 times more energy when using fat than it does carbs.

So here’s the situation: Day 1, you eat a bunch of carbs and fill up your glycogen stores. The next morning you wake up and your glycogen stores are still sitting pretty; your liver glycogen will have lost some juice overnight but your muscles will still be loaded with stored carbs. If you continue through the day without eating any additional carbs and without doing any kind of strenuous activity, your glycogen levels will still be in great shape by the time you hit the gym. Your first exercise or two (heaviest/most intense) will abuse the anaerobic systems and deplete a good deal of your muscle glycogen; the remainder of your workout (less heavy/intense) will rely more and more on the Aerobic system as you fatigue. By the time you finish, your glycogen stores will finally be running quite low, making this the ideal time to fill your face with carbs to load up for the next day. Conveniently, muscle glycogen can be replenished at an hourly rate of up to 1.5g per kg/body weight, meaning you can easily consume enough carbs in the evening hours to refill your glycogen stores and be prepared for the next day.

This “carb storage tank” is something that most people don’t know about. Most people think you have to eat carbs first thing in the morning to fuel up for the day. False! As a matter of fact, if intense activity isn’t part of your daily life, you can derive enough energy from fat to last you for days!! The reality is that unless you’ve had an intense workout the previous day and didn’t consume any carbs thereafter, you will always wake up with a reserve of stored carbs and your body will be completely willing to burn fat at an elevated rate to fuel daily activities. Eat carbs however and your body will preferentially burn them for energy before storing the rest as fat; say goodbye to an elevated fat-burning state and hello to fat-storage.

2) Fat cells are broken down for energy by the Aerobic system, which happens during everyday life and during exercise after intense activity has taxed glycogen stores (unless of course, carbs are being consumed)

3) You can replenish your glycogen stores post-workout, setting you up to preferentially burn fat throughout the next day(s) until your next workout

As mentioned above, if you are an elite athlete and performance takes precedence over body composition, consuming high-glycemic carbs during your workout to boost the anaerobic systems is definitely recommended. As a matter of fact, if you are planning to workout at moderate-intense levels for more than 90 minutes, you could consider consuming some carbs during your workout as well. Additionally, as the body can also start to break down existing protein for energy during prolonged activity, sipping on a BCAA (branched-chain amino acid) drink during your workouts can nip this in the bud while also providing a small but useful source of energy.

Understanding the energy systems of the human body gives us a clear indication of when carbs are necessary and when they are not. Pre-workout carbs are not only unnecessary for typical performance in the gym, but they’ll surely prevent you from losing that spare tire around your waist. Carb-up at night, feast on protein and fat during the day, and you’ll put yourself in the best physiological position to burn as much stubborn fat as possible!