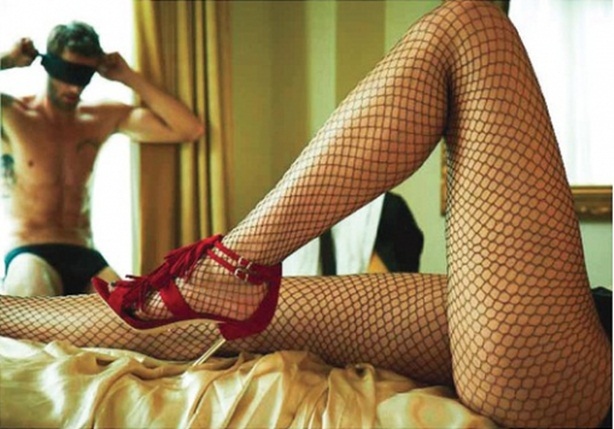 Are You A Magnificent Pervert?

Here’s the paradox for so many of us: The more we really start to LIKE someone, the less hot the sex seems to become.

In fact, for a lot of people, the more they like someone (even before sex happens), the less hot it will be when it does happen.

But when it’s someone you really like, suddenly you have to start bringing out your “marriage material” game.

The fact is, I hear from men all the time that they fantasize about ejaculating into a woman’s mouth if she’s a one night stand or even a prostitute, but if it’s his wife, the mother of his children? Then it feels like it’s wrong or dirty. Even talking about it could be dangerous and make her re-think the entire marriage?

I hear from women all the time that it’s easy to have a night of wild, meaningless sex with a guy they meet at a bar if he’s handsome, really into himself, and kind of dumb… definitely NOT relationship material. But when they meet a NICE guy who they really could imagine a future with… wild, meaningless sex is off the menu. It’s time for long-delayed good-girl sex.

This comes from shame. We want to look “good” to someone we really like. We’re afraid if we are too honest about our edgy sexual desires we’ll get rejected, humiliated, lose out on a great girl/guy.

So is it any wonder that things only get WORSE in longer relationships? The stakes keep getting higher, we like each other even more, we’re already committed to the lie that we’re not magnificent perverts…

And what a shame, because we ARE! We ARE magnificent perverts!

So it’s no wonder that so many people don’t find longer term sexual satisfaction in monogamy!

And I’ll tell you what… it gets EVEN WORSE… because given enough time, we even begin to believe the lie. We suppress the truth of our sexual passion so much that we don’t even remember our true, wild and passionate nature.

And all of it because we don’t have the courage to be vulnerable with the ONE person on earth who MOST DESERVES our vulnerability and our sexual passion: The one we fall in love with.

Alex Allman is the author of the best selling REVOLUTIONARY SEX programs for enhancing sexual pleasure, creating deeper intimacy and communication, and deepening sexual confidence.Since 1993 he has been studying and refining his heart-centered theories on sexuality and relationships.Through his writing, lectures, videos, and public appearances, he has helped tens of thousands of men, women, and couples achieve greater confidence, intimacy, relationship health, and love.