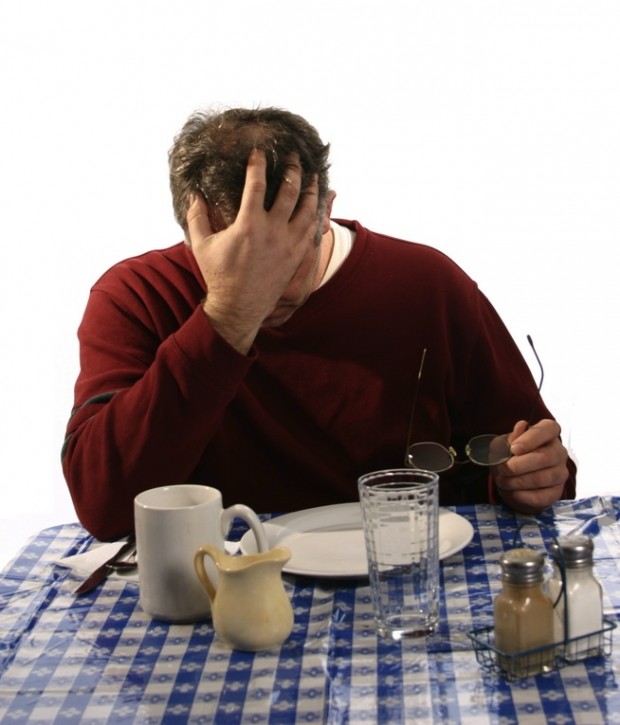 As recently as a decade ago, eating disorders were seen in a much different way than they are today, thanks to groundbreaking research on the subject. They were often portrayed as an exclusively female malaise, the product of perfectionist parenting and an over-achieving personality. Eating disorders were, additionally, were though to comprise mainly anorexia nervosa (starvation) and bulimia nervosa (bingeing and purging). In the past few years, however, two additional disorders have been identified: binge eating disorder (in which binging episodes re normally undertaken in secret and preceded – and followed – by intense feelings of guilt and shame) and EDNOS (Eating Disorders Not Otherwise Specified). In binge eating disorder, binge episodes are not necessarily followed by purging (as they are in the case of bulimia), while EDNOS can comprise a series of symptoms suggesting a problematic relationship to food, without falling into any of the previously mentioned categories of eating disorders. 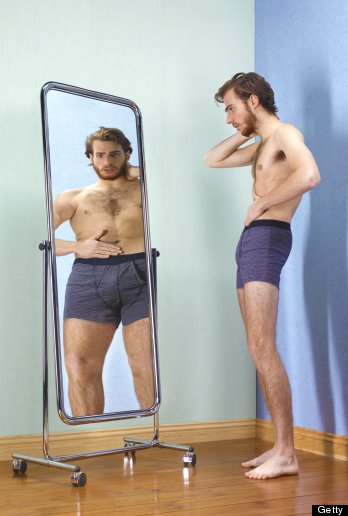 Statistics show that eating disorders are definitely a male, as well as a female problem. According to the National Association of Anorexia Nervosa and Associated Disorders, one in every 10 cases of eating disorders, involves males.

Research carried out thus far has shown that males are less likely to consider themselves overweight than females. While women tend to feel like they are fat before dieting, males are more likely to be mildly-to-moderately overweight, before they begin to try to lose weight. Moreover, while the pursuit of ‘thinness’ tends to be the focus for females, for males, it is more about obtaining the ideal body shape (lean, with defined muscles), improving their athletic performance, or avoiding being teased about their size.

Some 10 million men in America suffer from eating disorders (compared to 20 million women), yet studies show that doctors are less likely to make a diagnosis of eating disorders in males than in females. It’s not just health professionals who are making honest mistakes when it comes to diagnosis; so, too, it seems, are friends and family members, who are far less likely to suspect an eating disorder in boys, thereby delaying early detection and treatment. Boys can also be affected; some as young as seven years of age. The typical age for the commencement of anorexia is in the late teens or early 20s, while binge eating disorders tend to become manifest in the 20s.

Studies also show that males who have eating disorders are often totally unaware that they do, since they “thought eating disorders were a female thing.” Even if they do suspect that their symptoms may indicate that they have anorexia or bulimia, they may delay seeking treatment because of a sense of shame. Sadly, stereotypical ways of thinking deem behaviors like binge eating, ‘acceptable’ or ‘normal’ in males, yet they can cause great physical and mental damage. Many men have admitted to seeking help when they are already at crisis point, often because they feel that doctors will not be supportive, or because they do not know which organization will give them the support they need.

Parents, personal trainers and doctors need to increase their awareness of eating disorders in men, since when detected early, there is a very high success rate. Eating disorders have the highest mortality rate of any mental illness, so seeking prompt help is vital.

If a loved one has been diagnosed with an eating disorder, support from their family and social circle is vital. Much has been learned about eating disorders over the years, including the fact that they can often have a genetic component – i.e. parents should not blame themselves; rather, the emphasis of the most effective treatments (such as Maudsley Therapy) focus on working together to overcome this disease. In the early stages of therapy, the focus is on the person gaining weight and reversing the physical and mental damage caused. Further ahead, the person is encouraged to exercise independence when it comes to meals, armed with greater physical and mental strength thanks to therapy and education. Eating disorders have devastating consequences for sufferers and their family, but due diagnosis, treatment and support go a long way towards building a healthy and enjoyable relationship with food.