Too Similar to Be Different?

Have you ever worked with someone who you thought was of a specific cultural background and you came to find out that you couldn’t have been more wrong? Or perhaps you assumed that because they were from a specific area of the world, that they must be like other people you know from that general region?  And yet you were surprised to find out that neighbouring countries may do things very differently, have different values and perhaps even take offence to being lumped together with another nationality? 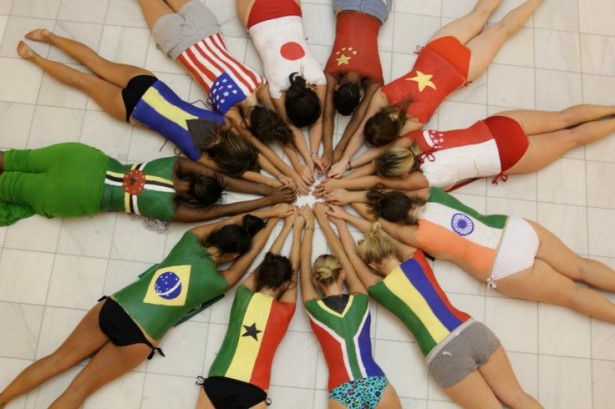 The wonderful yet challenging characteristic of human cultures is that there are so many variations yet so many similarities at the same time; hence the saying “we’re all the same, yet we’re all different”.  The challenge of knowing the specific nuances of each is a daunting one as it’s impossible to know the intricate details of every country’s historical development, economic situation and current social trends. So I won’t be quizzing you on all of that anytime soon, but not making assumptions about cultures that may seem similar may prove to be your best strategy yet.

Take traveling in Costa Rica for example… a Central American country known for its coffee, surfing and ecotourism with volcanoes and extreme wildlife. I soon came to familiarize myself with casados (the traditional lunch plate), peacefulness (one of the few countries with no army) and American Quaker cheese farms. Who would’ve thought? And who would’ve expected that a basic hotel room during Semana Santa (Easter Holy week) would cost the same as a basic one in Toronto? Not even I who travels regularly across the globe.  So yes, since having traveled through Honduras and Guatemala a few years ago, the assumption was made that the cost of living and traveling was similar. But we were surprised to find that it was at least double in most areas!

In search of some answers on this human ‘assumption making’ tendency, I had the opportunity to disguise my research methods as friendly conversation.  While sitting in a pool on the pacific coast, in the little town of Playa Garza, I got to talking to some visiting Danes about northern Europeans and the significant differences between Danes and Norwegians, Danes and Finnish, etc. Not only had history greatly affected the way Danes socially interacted compared to Norwegians, but the practicality of the Danes superseded many other northern European cultures, and the recent economic growth of Norway affected the continued independence of the Norwegians from the rest of the European Union. These specific events greatly shaped the cultural beliefs and expectations of these people and in turn have become cultural tendencies, which we wouldn’t necessarily understand since we haven’t personally experienced them.

We are all the same, yet we are all different.

These Danes, in particular, had been working in Honduras and Nicaragua for a few months and commented on the visible and experiential differences between the sister countries. This led me to probe further into the complex nature of culture and the simplistic nature of our brain to group people by what stands out most to us, whether similarity or difference.

What astounds me is our overly simplified view that permits us to miss the essential values or expectations that make each culture unique.  Hence my general rule: avoid offending someone by mistreating them with your values as opposed to theirs. Whether intentional or not, if you assume someone cares to be treated a certain way and they don’t, then you’ve erred on the side of a false assumption. Not a good way to make friends in a foreign country, a multicultural city, a diverse company, a community organization or even your local soccer team. But rather live by the motto “treat people the way they want to be treated, not the way you want to be treated” otherwise known as the “platinum rule”, and more formally cited as “Do unto others as they would have done unto them”. Originally coined by Milton Bennett in the 70s, juxtaposing the golden rule of “Do unto others as you would have done to you”. This integral difference is key to developing your understanding of others, your cultural awareness and its application in life.

So we’ve reached that integral part of any debrief – the application of the tools.  So you ask, “How can I possibly know how others want to be treated if it’s so different than how I would want to be treated?” For fear of sounding overly simplistic, I’ll clarify my next statement; ask them!

It’s not rocket science. Perhaps to some millennials it may seem as their generation is so virtually connected that they’re not necessarily emotionally connected. Apparently, these simple, in person, physical or verbal gestures that seem so natural to some are very foreign to others. Yet, they represent the tools that have eased personal relations for centuries. The real trick to learning and understanding what the other person values or desires, is by being particularly interested in that person’s viewpoint.  Not what you think or believe, but what is actually important to that person.  Once you become genuinely interested in someone, the floodgates open, the neurons of energetic connectivity begin to take form and a relationship is born. 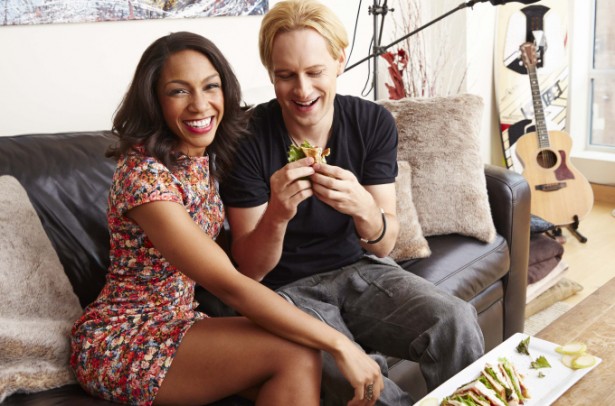 Cultural awareness can be fostered via travel, curiosity and/or exploration of others who are unlike yourself. Your pure interest in others will determine your success cross-culturally, from relationship building to business development and even possible romance. What advantages could you gain by opening up the number of people you could connect with both personally and professionally? Innumerable. Let me know how your first experiment goes, and no matter how many butterflies your tummy furnishes asking that uncomfortable first question, just go for it!

Daphne is a Cross-cultural communications expert who cultivates professionals’ personal brands and messages. As an International business consultant for Professional Passport, and founder of DCMagna Communications, she is dedicated to building the global mindset of leaders and their ability to captivate, connect with and influence anyone, anywhere. Daphne’s extensive travel, study and work abroad within media driven industry, has nurtured a deep understanding of verbal and non-verbal communication, and the know-how to develop powerful brands that are successful in our global market place. Visit her at: Professional-Passport.com or on Linkedin.