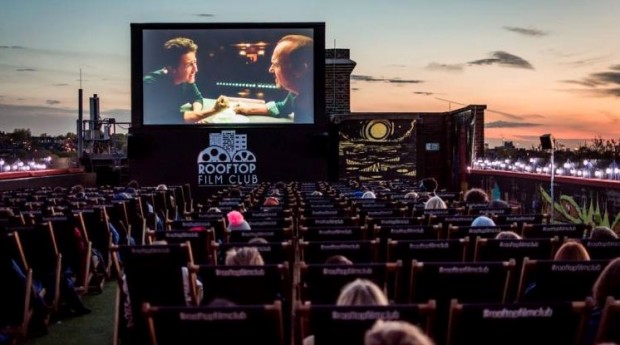 Harper’s Bazaar called the Rooftop Film Club at the Montalban “The ultimate film experience with fabulous food and ice cold cocktails”, LA Magazine described it as “everything you imagine and more”, and Time Out said the club has “perfected the art of the outdoor cinema with comfy chairs, blankets, and wireless headphones.” Don’t miss the screenings that have everyone screaming. This Friday’s film is the romantic classic Pretty Woman, and Saturday’s screening is Guillermo del Toro’s masterpiece Pan’s Labyrinth.

Opera at the Beach

“LA Opera presents Opera at the Beach, a live broadcast sponsored by Los Angeles County Supervisor Sheila Kuehl.  The double-bill of Gianni Schicchi & Pagliacci (starring Plácido Domingo and staged by Woody Allen), will be broadcast live in high-definition from the Dorothy Chandler Pavilion to the big screen at the Santa Monica Pier. The live broadcast will be captured by nine cameras at the Dorothy Chandler Pavilion and shown simultaneously on a large LED screen on the Santa Monica Pier deck.”

While it may still be sunny and warm in California, autumn is on its way. Celebrate the coming season with all of the charming outdoor activities of harvest time at the Tapia Brother‘s farm, including hay rides, a corn maze, a farmer’s market, and wandering the Bros’ gorgeous sprawling pumpkin patch.