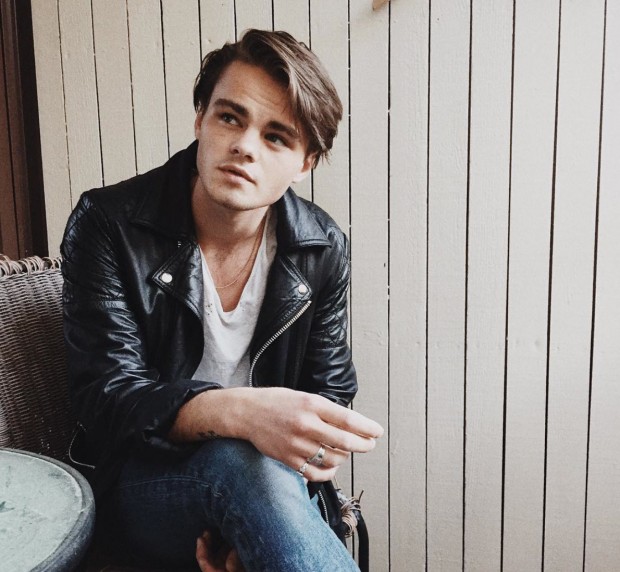 Annerud gained attention via his Instagram page, where people constantly compared him to heartthrob Leo. He’s even admitted to being stopped on the streets by people who mistake him for the Wolf of Wall Street himself.

RELATED: Top 6 Things To Learn From The Great Gatsby

During an interview with the Swedish website Nyheter, he admitted that “It’s much worse when I am abroad. When I was in Italy last summer, I kind of felt like I wanted to shave off my hair. It was chaos. People shouted ‘Leo!’ and wanted to take pictures all the time. It was the craziest thing I ever experienced.”

RELATED: Why You Should Be Chopping The Man Bun

Seriously, is it possible to be anymore obsessed with Leonardo DiCaprio’s Twin? Annerud has perfected Leo’s smouldering gaze and has his dirty blonde locks down to a tee. The two even dress alike, as Annerud seems more comfortable in light denim, leather jackets and a cigarette to match. With his new found fame, Annerud is wasting no time in making the most out of it. Not just with his modelling career, but he hopes to pursue another love of his: music. Our new fave model is reportedly signing a recording contract with Universal.

Don’t these images just scream Leo back in his Romeo and Juliet days?