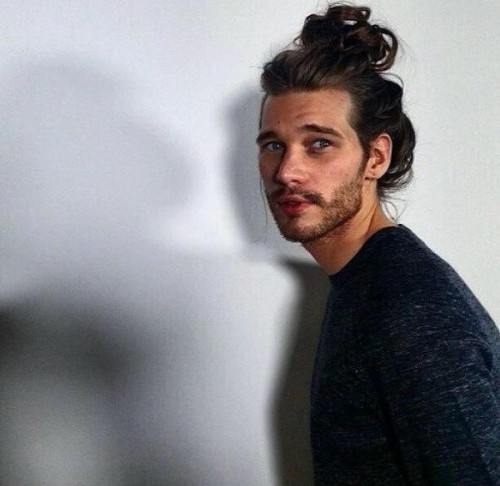 Why You Should Be Chopping The Man Bun

By Olivia Little @livglittle · On

Inspired by Jared Leto, the man bun has been a rapidly growing trend since last year and is now a social norm, some would even say a cliché.

It’s not only the men who are blessed with the long, thick locks who are doing it either. Those who shouldn’t be sporting the up-do are doing it too, gathering their hair up into a “man sprout” on the top of their heads.

It has even gone as far as Groupon selling clip-on man buns for those who are just not quite there yet when it comes to hair length.

But should this hipster trend be left in 2015? Leto let go of his locks last year, and maybe you should too. It may be time to come to terms with the fact that your short hair is not cut out for the bun look, and it was just a passing trend.

Even those who are debatably pulling the look off probably don’t realize that there are some health concerns when it comes to the hairstyle.

Studies show that the man bun can result in a type of self-induced hair loss, traction alopecia, meaning the man bun puts guys at higher risk for balding and developing a receding hairline earlier on in life.

RELATED: Mustache Or No Mustache?

Dermatologist, Dr. Renée A. Beach who co-leads the alopecia and hair loss clinic at Toronto’s Women’s College Hospital and who specializes in hair disorders such as this one says, “[Traction alopecia] occurs when the person has a hairstyle that pulls on the hair shafts so severely, that the hair comes out from the root. Hair shafts can also break at the site of tension or pulling.”

She says that it is often seen along the frontal hairline, around the forehead and temples, but can occur anywhere on the scalp and becomes more common with tight repetitive hairstyles like a daily bun or ponytail or hairstyles with added hair (e.g. microbraids, cornrows with extensions).

With the man bun phenomenon, traction alopecia has become more common among males, now that guys are opting to wear their hair back just as often as women are.

If you’re not ready to let the look go just yet, Beach suggests making sure to keep your ponytails and buns loose. The tighter it is the more tension there is pulling on the hair follicles, putting you more at risk for that unwanted hair loss.

Beach also suggests avoiding wearing the man bun on a day-to-day basis. If worn repeatedly, it will increase the tension to the roots of the hair.

Olivia is a soon to be Journalism grad from Sheridan College. Olivia’s strong passion for lifestyle writing brought her to Eligible, she enjoys writing on anything from dating and relationships to food and culture. Her one true love next to writing is travel. When she’s not working on her latest article, she’s booking a flight overseas and planning her next big adventure.