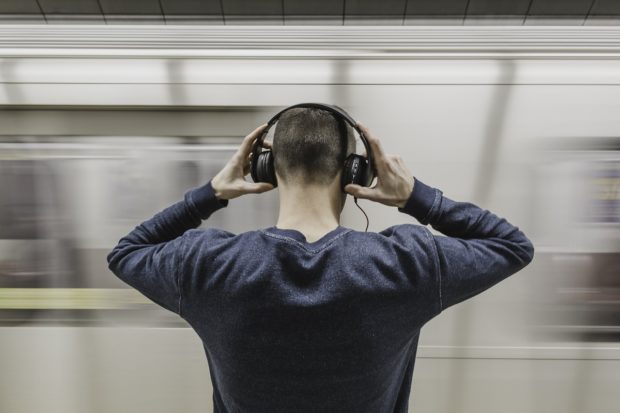 Are you a commuter in need of quality podcasts to enjoy on your way to work? Well then, this list is for you!

When it comes to a commuter’s needs, the ideal podcast is long enough to get you to your destination. So, unless you’re #blessed enough to live mere blocks from the office, anything under 15 minutes long is therefore eliminated. Like a good romantic partner, the perfect podcast is also reliable, meaning it produces regular episodes, so you’re never left in the lurch. Such qualities can be hard to find, because many podcasters are flakes who come on strong offering great content for a few months, then ghost their listeners when they abruptly stop recording. But have no fear! Because there are plenty of fish in the podcast sea, and some of them will never desert you in your time of need. If you add these podcast recos to your rotation, we promise your commute will become a source of joy rather than despair! Each one updates at least once a week (sometimes more!) and will give you at least a bus ride’s worth of enjoyment.

“Girls Gotta Eat” sounds like a foodie podcast, but it’s actually a dating podcast that was started by a food blogger, Rayna Greenburg. Co-hosted by Ashley Hesseltine (founder of Bros Being Basic), “Girls Gotta Eat” is a total treat. A podcast about dating hosted by women in their thirties, it’s the anti-Sex and The City (Literally, because they actually just did an episode critiquing the classic HBO show). Both hosts are single ladies living and loving in New York. The show tackles en point topics, like finding effective dating apps, or whether it’s uncouth to slide into someone’s DMs. However, the highlight of the show is the candor – and banter – between the hilarious Hesseltine and Greenburg, real-life besties whose affection for each other is palpable. “Girls Gotta Eat” is a show that proves going on dates can be fun, as long as you have great friends to dissect every single minute with. As a bonus, the hosts bring on a bevy of interesting guests, such as Justin McLeod, the founder of Hinge.

I Hate It But I Love It

On “I Hate It But I Love It,” Co-hosts Jocelyn Geddie and Kat Angus break down the movies and television shows we love and hate simultaneously. Want to hear two erudite feminists discuss problematic but entertaining movies like Love, Actually, The Holiday, or Bring It On? If so, this is a podcast you’ll salivate over. Both writers by trade, Geddie and Angus really know how to turn a phrase. Their podcast embodies all the snarky deliciousness of hate-watching an Aaron Sorkin show with your best – and most sarcastic – friends. It’s both witty and woke, so unlike the problematic films and TV they critique, you can enjoy this podcast guilt-free.

It’s Been A Minute With Sam Sanders

It’s Been A Minute isn’t your dad’s radio talk show. Oh no! It’s hip, woke, and really informative. Hosted by the delightful Sam Sanders, “It’s Been a Minute” is a podcast that examines a diverse range of current events, from politics to pop culture. If you’re looking to get more informed about the zeitgeist, Sanders uses both his sense of humour and his enviable intellect to take deep dives into everything from the latest scandal to hit The White House, to an interview with actress and writer Lena Waithe. This NPR podcast is nothing if not topical. Trust us, listening to this will make you a more interesting dinner party guest!
“It’s Been a Minute” is the epitome of a quality podcast.