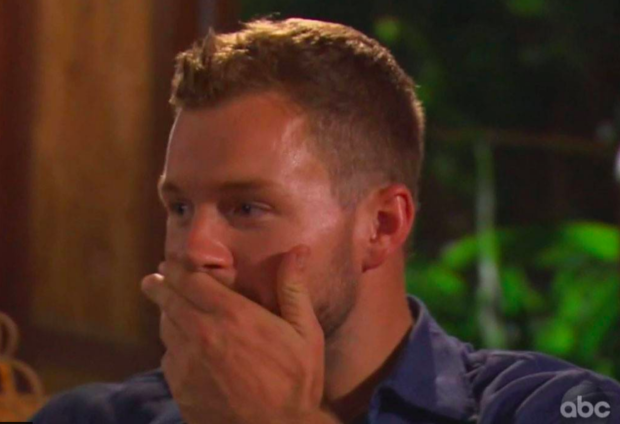 The Bachelor Recap: Love, Lust, and Everything in Between…

And we’re back. After a week of waiting on tenterhooks, we finally know whether Colton is on Team Onyeka or Team Nicole. The answer? He’s on neither contestant’s side. While Nicole maintained Onyeka was a bully who attacked her mental stability (which we actually have video evidence of), Colton ultimately decided to give both them the boot. But it’s not goodbye! Obviously these two are headed for Paradis come summer, where their rivalry will inevitably continue thanks to producer prodding and an open bar.

The first one-on-date of the episode went to Hannah G, WEEKS after she won that coveted First Impression Rose. Admittedly, I was worried Ms. G had lost ground to other contestants, like Cassie or Caelynn. However, it appears Colton (Read: the producers) believe it’s important to “save the best for last.” Because oh man did Colton appear to be having THE. BEST. TIME. 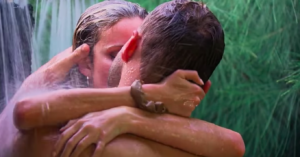 Hannah and Colton kissing in the shower

Colton and Hannah first had THE. BEST. TIME. at the spa, where she climbed on top of him so they could make out between massages. Next, they had THE. BEST. TIME in the shower, where Colton scooped Hannah up and placed her pelvis directly on top of his crotch. At one point, Colton described himself as “very attracted” to Hannah. Thank you, Captain Obvious! That insight was right up there with such profound observations as “Water is wet” or “Cookies are delicious.” Colton seems like a nice person, but so far he’s a subpar narrator.

Over dinner, it was incumbent upon Hannah to prove her feelings for Colton by confiding some sort of secret pain. The Secret Pain reveal is my least favourite Bachelor trope. As soon as they receive a one-on-one, contestants are expected to relive their most painful memories on camera as proof they’re serious about the lead. As though it’s somehow abnormal to wait until a second date to confide one’s most traumatic memories. I’ve been out of the dating game for a while, but isn’t it normal to stay guarded until you’re sure you can trust your partner with your most painful memories?

Anyway, the secret pain that had heretofore kept Hannah G. from finding love is her parents’ divorce. Hannah remembers how her dad used to take great pride in their front lawn. So lawn-proud was he that Mr. G. mowed his lawn three times a week pre-divorce. Then, when his marriage imploded, his wife exacted revenge by destroying said lawn. Admittedly, destroying your spouse’s prized patch of grass is not nice. However, I wonder, what did he do to her? If you have intel, please @ me on Twitter.

Meanwhile, back at the house, Caelynn expressed concern Hannah G. wasn’t the right girl for Colton. Why? Caelynn worries Hannah may have relied too heavily on her personal beauty in the past. While I like Caelynn,  this comment was ironic coming from the first runner-up at the Miss USA pageant. I personally don’t have an issue with women (or anyone) profiting from whatever aspect of their person they can. Life is hard and take money wherever you can get it! However, if you’re going to judge others for profiting from their appearance, perhaps you ought not participate in beauty pageants? I would very much like to explain the concept of irony to Caelynn. I think it could be helpful to her, because right now, she sounds like the proverbial pot that called the kettle black. Caelynn, if you see this, please feel free to slide into my DMs! I won my school’s English award in Grade 8, so obviously that means I’m basically an expert on irony. I’ll even tutor you for free! Just give me one of those FAB FIT FUN boxes you’ll probably start selling as soon as the season is over… 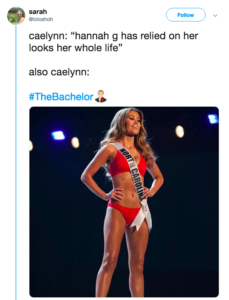 Moving on, this week’s Group Date was underwhelming. It was yet another physical challenge that involved violent competition. They boxed and did martial arts, but the women seemed sort of over it. This begs the question, why do the producers design so many dates that encourage the women to physically spar with one another? They do enough of that back at the hotel of their own accord!

At the post-brawl cocktail party, basically every contestant pulled Colton aside to tell him they’d had a hard week. This leads me to believe Colton is not very good at connecting with people and making them feel valued. I mean, he’s the common denominator in all the show’s fledgling relationships. For her part, dancer Sydney (my favourite) felt so dissatisfied she became the second woman of the season to leave of her own accord. She claimed not to feel challenged enough by her relationship with Colton, but we all know the subtext: Sydney was hoping Jason would be The Bachelor…

On her way out, Sydney dropped the figurative mic by telling Colton not to be distracted by “shiny objects,” and instead encouraged him to choose a woman of substance as his bride. Basically she was telling him to pick Tayshia. Fingers crossed, maybe he will!

Of course, the highlight of The Group Date occurred when Demi capitalized on her alone time with Colton to introduce him to her mom. This occasion marked Demi’s first phone call with her mother since she’d been released from prison. And you know what? It was surprisingly poignant. Demi appeared genuinely delighted to be connecting with her mother. After a few minutes of catching up, Demi signed off by encouraging her to be “a good girl,” which, while somewhat condescending coming from a twenty-three year-old Bachelor contestant, was a touching reminder that all Demi wants is for her mother to stay free. The moment was perhaps a little too real for this show. I have nothing pithy to offer about that scene. It was a genuinely moving mother/daughter interaction. 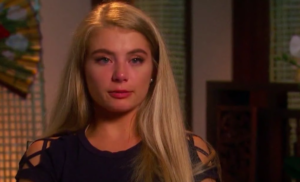 The second one-on-one date this week went to Kirpa, whose chin has mysteriously been cured. Last week’s chin bandage vanished without any explanation! This was most vexing to me. We need answers, ABC! Apparently there was a digital short circulated by ABC to explain her injury, but I only have two free hours a week to devote to this franchise. They have to explain the plot within the parametres of the existing show! Why couldn’t Chris Harrison come out and give us a quick explainer or something? Make him earn his pay cheque, people!

Anyway, Colton’s date with Kirpa was an interesting contrast to his date with Hannah G. While Colton’s feelings for Hannah are obviously hotter than the earth will be in ten years if we don’t tackle climate change, his feelings for Kirpa are pretty tepid. Throughout their date, it felt as if Colton were trying to convince himself to like her, because she is a woman of substance. After all, Kirpa is a grown up lady with a real job (She’s is a dental hygienist, whereas Hannah G. posts pictures on Instagram). Yes, Kirpa received the Date Rose, but it’s obvious her days are numbered. However, at least her chin healed nicely! 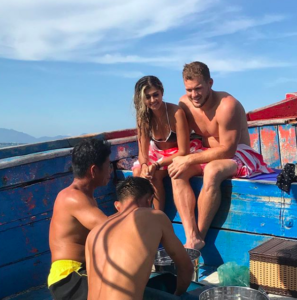 Naturally, there had to be one more wrinkle before the second Rose Ceremony of the episode. Desperate to spend more time with Colton, Demi ambushed the titular Bachelor at his hotel room. Once there, Demi declared she was “falling in love” with him. Suffice it to say, this was not a welcome admission. Colton sent her home pre-Rose Ceremony. Like Sydney before her, Demi encouraged the former football player not go for the “easy choice” when choosing his fiance.

When The Rose Ceremony finally came, it was Katie who got the boot. And she too used her goodbye to give cryptic advice. Without naming names, Katie told Colton some of the women were not “ready.” This caused an immediate meltdown from our leading man, whose abandonment issues appear to be worsening by the week. Hopefully we will find out who these “unready” ladies are soon.

Until next week, Bachelor Nation! The preview suggests we’ll finally get to see Colton jump that fence. I’m so excited, I may not sleep for the next seven days!