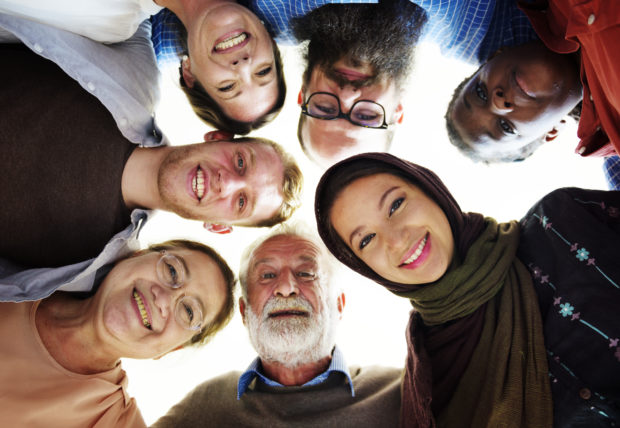 Why Do We Generalize about Culture and Identity?

“Where are you from and what culture do you identify with?” That’s a question I was recently asked (and have been asked numerous times before). My response is often, “Are you asking where I was born? Or where I was raised? Or where I currently live?” The answers will change depending on what you really want to know…

“Where are you from?” is an easy enough question to answer, but culture is a particularly complex and difficult thing for me to define or explain. To quote Raymond Williams, “Culture is one of the two or three most complicated words in the English Language.” It might sound like I’m making a mountain out of a molehill. Questions about our backgrounds can be seen as harmlesss ice breakers in social settings. However, for many of us who were born, raised, immigrated, lived, studied and worked in different places (for me places which span three countries in three different continents), it is not an easy question to answer. Why? Because a person’s cultural identity is an amalgamation of experiences gained from the environment in which they were raised, the places they have lived, their education, values, beliefs and many other factors, at a given instant in time or period in their lives.

Even for people who are born, raised and lived in the same place all their lives, cultural identity can still be difficult and complex to define; it’s not something you can summarize in a few sentences, like it’s a daily weather report. In the ten volume Encyclopedia of Language and Linguistics, and a review by anthropologists Kroeber and Kluckholn, 164 different definitions of culture were compiled. The broadest definition of culture I’ve come across is that given by cultural anthropologist, Sir Edward Tylor, “that complex whole which includes knowledge, belief, art, morals, law, custom, and any other capabilities and habits acquired by man as a member of society.”

A friend told me that when he asks someone where they’re from, it’s meant as a conversation starter. Further, questions used to gauge cultural connections are usually asked to get to know a person better and to make judgements on what might or might not be offensive to the other person; if one is to engage in polite and politically correct conversation. For example, someone who is a Hindu might be uncomfortable with a conversation involving the killing of cows as they are considered sacred creatures in this culture. Similarly, a vegan might be offended by the eating of any animals, whether they are cows, chickens or baby seals. In other words, these questions are asked to make cultural judgements and generalizations about an individual. In the words of anthropologist and cross-cultural researcher Edward T. Hall, “When we approach another culture, a tendency exists to generalize, placing experiences in wide-ranging categories or types.” Interestingly there is a scientific basis on why we generalize. This is actually something our brains like to do.

Our brains generalize so it can use this information to interpret new ones. It stores information on our reaction(s) to a particular stimulus, which teaches us how to react again in the future. There is a wealth of research and information on the innate nature of the brain to generalize. However, social psychologist and Dutch anthropologist Geert Hofstede writes that there are parts of culture which we see but there are also parts unseen, “their cultural meaning … lies precisely and only in the way these practices are interpreted by the insiders.” Thus, if you truly want to get to know someone from another culture, to understand them, you must question with caution, without generalizing, even if your brain wants to do so. Afterall, Canadian society is ‘generally’ multicultural with many cross-cultural work environments, “a one size fits all” attitude is just outdated.

Dr. Jacquelyn Jhingree is a Canadian Chemist born in Guyana (South America) but now living in Cambridge (UK). She encourages people to travel and live in different parts of the world. She believes so doing will broaden your horizon, offering new perspectives, which just makes your life a whole lot richer and allows you to relate to and better understand people of different cultures. She is passionate about all things science with a side of soccer and feminism. She hopes to write science articles that can be of use to one’s health and wellness, inspiring positive change.