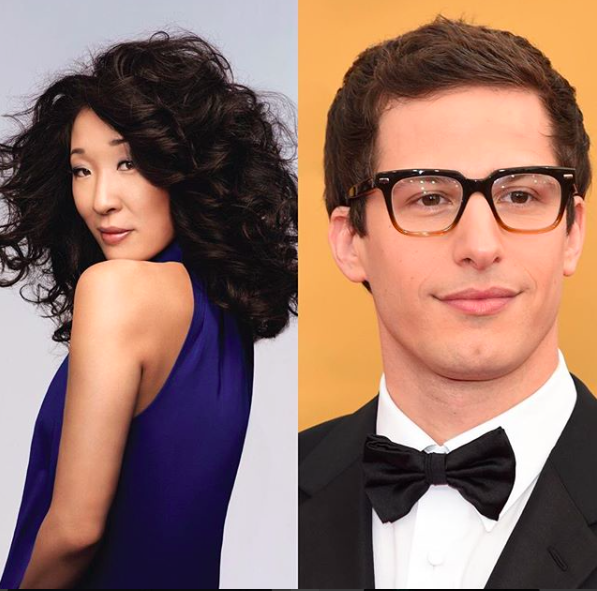 Everything You Need To Know About The Golden Globes

By Sarah Sahagian @sarahsahagian · On December 6, 2018

Awards Season is officially upon us! Today, The Hollywood Foreign Press announced the nominees for the 76th Annual Golden Globe Awards. While they also honour excellence in television, The Golden Globes are best known as a precursor to Oscar Season. Films that do well at The Globes often receive love from the Academy come February.

This year, Adam McKay’s Dick Cheney biopic Vice leads the pack with a total of six nominations in the film category. This may come as a surprise to some, as the film has yet to be released and, unlike its competition, has not screened at major festivals like Venice, TIFF, or Telluride. The Favourite, Green Book and A Star Is Born are tied for second place with five nominations apiece.

NBC will air The Golden Globes live on the evening of January 6th. This year’s hosts will be television stars Sandra Oh and Andy Samberg. What fun!

Best actor in a motion picture, musical or comedy

Best actress in a motion picture, musical or comedy

Glenn Close, “The Wife”
Lady Gaga, “A Star is Born”
Nicole Kidman, “Destroyer”
Melissa McCarthy, “Can You Ever Forgive Me?”
Rosamund Pike, “A Private War”

“Incredibles 2”
“Isle of Dogs”
“Mirai”
“Ralph Breaks the Internet”
“Spiderman: Into the Spider-verse”

Best actress in a TV series, musical or comedy

Best actor in a TV series, musical or comedy

Best limited series or motion picture made for television

Best supporting actor in a series, limited series or motion picture made for television

Best supporting actress in a series, limited series or motion picture made for television