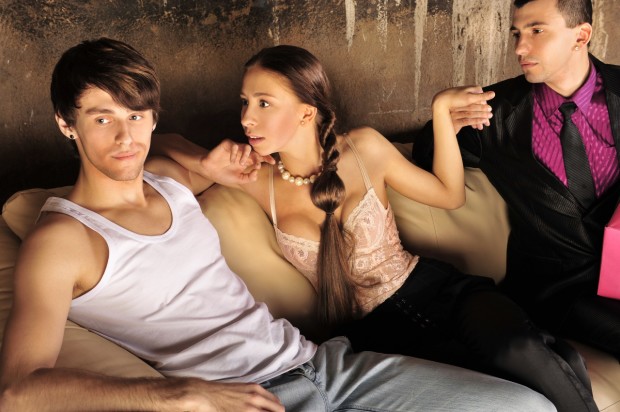 The debate is still raging over who’s first to the finish line in the modern-dating arena. Here’s the final evidence in the competition between the nice guy and the bad boy––for the same woman:

NICE GUY: The poster boy for all things gentlemanly; so caught up with chivalry, that he loses any sense of challenge with the woman. Even before lull sets in, she’d have parked her intrigue and curiosity in him a while ago. He’s extremely predictable, and any promising start he had with her is negated, as he veers off-track into the friend zone––simply because he’s too nice.

BAD BOY: He’s the typical player––at least that’s the impression he paints. But underneath it all, the bad boy possesses a premier trait of modern-dating success: Unpredictability. While he’s loathed for his penchant to be misleading, heartbreaking and cocky, the bad boy is the most exciting invention for women since the bunny. Women love to hate him, and then love him––repeat cycle. In today’s dating game, it’s safe to say that confusion is attraction––to an extent.  It’s human nature; we’re drawn to the unpredictable, and so are women to the bad boy.

Now the verdict: Nice guys finish last ONLY because they lose their competitive edge in the course of the race; meanwhile the bad boy daringly engages the woman at every turn. The ability to adjust on the fly with women is crucial in developing a knack, for when to hit the brakes and when to push it to the limit. To increase your success with women, maintaining a healthy balance between both styles is sure to see you to a first-place finish. As you advance in the dating competition, you’ll find timing is crucial with women. But is the 3-second rule really legit? Find out soon.